Please ensure Javascript is enabled for purposes of website accessibility
Log In Help Join The Motley Fool
Free Article Join Over 1 Million Premium Members And Get More In-Depth Stock Guidance and Research
By Bram Berkowitz – Updated Apr 8, 2020 at 10:28AM

The SBA needs all the help it can get in disbursing $350 billion in new lending authority, but Wells Fargo, one of its best players, is currently limited in what it can do.

Political pressure is mounting on the Federal Reserve to remove the asset cap it placed on Wells Fargo (WFC -2.67%) as punishment for opening millions of fraudulent bank accounts. A few months ago, bank executives did not have a timeline for when the cap might be removed. But with the U.S. Small Business Administration (SBA) trying to disburse $350 billion in government-backed loans to struggling small businesses, pressure is building to remove the $1.95 trillion asset cap because Wells Fargo is one of the top SBA lenders in the country.

Recently, the banking giant said it would need to limit its participation in the SBA's payment protection program to $10 billion because of the asset cap. The bank reported having $1.93 trillion in assets at the end of 2019, pushing it right up against the limit.

With the new SBA program getting off to a rough start and banks inundated with applications, it is tough to have one of the best SBA lenders on the bench right now. As the economy enters a recession, I expect that the Fed will, at the very least, allow a temporary removal of the asset cap, which should give the bank a short-term boost -- and potentially a good long-term outlook as well. 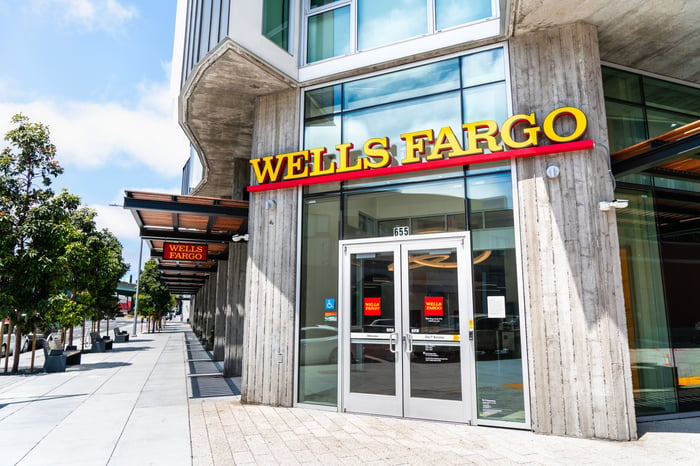 The federal government absolutely needs every capable lender it can call upon if it wants to disburse all these SBA loans in such a short amount of time. The $350 billion total is an enormous load when you consider the SBA only issued about $28 billion in total loan volume in fiscal 2019. Plus, there have already been rumors that federal officials may approve more SBA lending if the initial allotment is not enough.

Wells Fargo is one of the top SBA lenders in the country. In 2019, the bank originated 3,033 SBA loans, for a total loan volume of more than $684 million. That makes Wells Fargo the second-largest lender by volume, and the third-largest in actual number of loans.

Something to understand about SBA lending is that it's specialized. Most of this lending is done by SBA preferred lenders, which are those lenders that have the authority to process, close, service and liquidate most SBA-guaranteed loans without prior review. But there are only 1,800 of those in the country. The $350 billion in new SBA authority can be lended out through any bank, but most banks do not really have experience. In fact, before the program launched on April 3, many preferred lenders expressed confusion about the documentation they would need to secure from borrowers in order to make the loans.

Already, the SBA and banks are overwhelmed by all the incoming applications. Bank of America confirmed on Monday that it has received 177,000 applications asking for a total of $32.6 billion in financing. It really makes no sense right now to not use Wells Fargo to its full capacity -- the bank has the infrastructure in place and a large SBA team ready, willing, and able to issue these loans.

Prior to the pandemic, it was not clear when the asset cap would be removed. When the Federal Reserve first issued the order in early 2018, it was supposed to last for more than two years. Regulators said Wells Fargo needed to show that it had improved its internal governance and risk controls.

Earlier this year, the bank was still facing backlash from politicians over the phony account scandal. This attitude has begun to change, though, as banks have been called upon to provide relief to borrowers. For instance, Dennis Kelleher, president and CEO of Better Markets and a longtime harsh critic of big banks, recently told American Banker that he thinks the Fed should lift the asset cap given the situation.

Although a potential lift of the cap could come with severe restrictions, it could pave the way for a permanent removal after the pandemic has subsided. For one, if Wells Fargo cooperates with potential restrictions that come with a temporary lift and offers borrowers favorable loan terms, it could buy the bank political capital. The temporary lift would also likely give it plenty of time to fix its problems.

Look for the lift to happen

The need to distribute the $350 billion in SBA loans quickly, combined with Wells Fargo's expertise in the area, makes a temporary removal of the asset cap very likely in my opinion. Right now, the need to provide liquidity and rescue small businesses from financial ruin will take precedent over politics. If the cap is removed, Wells Fargo could benefit from fees the government is paying to banks for issuing the loans, and potentially see a permanent removal of the asset cap down the line.