Shares of auto-parts supplier BorgWarner (BWA 0.20%) had a rough ride in March, as the company's automaker clients shut down production in North America amid the novel coronavirus pandemic.

BorgWarner stock fell 22.9% in March, according to data provided by S&P Global Market Intelligence, underperforming the S&P 500, but outperforming shares of all three of the Detroit automakers over the period. 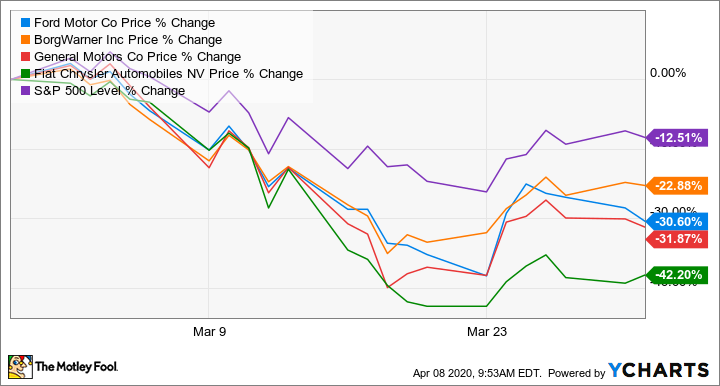 BorgWarner is a major auto-industry supplier: It provides manufacturers of cars and trucks with transmissions, components for engines, and other related parts from its factories around the world. As you'd expect, generally speaking, its shares rise and fall roughly in sync with global auto production -- and the auto industry has had a rough few months. 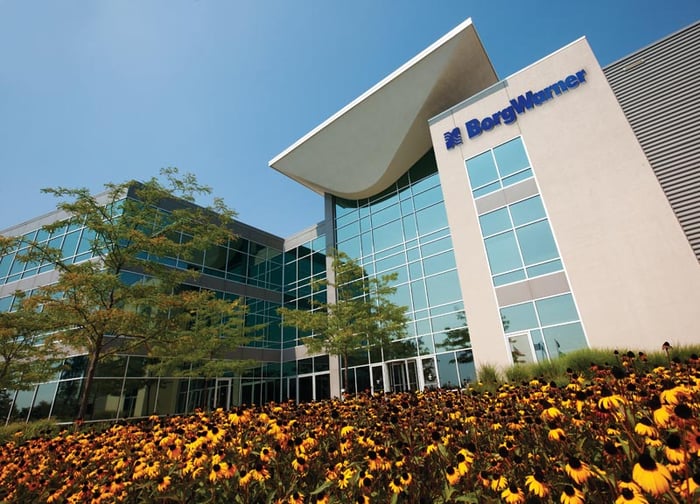 During BorgWarner's fourth-quarter earnings call in February, CFO Kevin Nowlan noted that coronavirus-related factory shutdowns were already affecting the company's business in China, costing it about $35 million in revenue for every week its factories were shut down.

Those effects became much more dramatic when most automakers shut down their factories in North America and Europe in mid-March. In a statement on March 24 announcing its own production halts, BorgWarner noted that sales to automakers in those regions accounted for about 70% of its revenue in 2019.

As of March 20, the company had $820 million in cash and an additional $1.5 billion available via an undrawn credit line -- likely enough to weather the crisis.

Auto investors will have to wait a little while for more information. BorgWarner said that it will give a much more detailed update on its business, including revised guidance for 2020, during its first-quarter earnings call on May 6.