Please ensure Javascript is enabled for purposes of website accessibility
Log In Help Join The Motley Fool
Free Article Join Over 1 Million Premium Members And Get More In-Depth Stock Guidance and Research
By Dave Kovaleski – Apr 9, 2020 at 6:31AM

Most investors are holding steady -- and history is on their side.

A recently released survey by Bankrate revealed that 66% of Americans with retirement accounts or investment portfolios hadn't touched their investments or adjusted their asset allocations in this period of historic stock market volatility.

Further, the survey of 1,175 investors -- conducted between March 20 and March 24 -- found that 13% contributed more to their accounts and only 11% moved money out of their investments. Millennials were the most likely to have contributed more to their accounts: 24% of them have added funds, compared to 13% of Generation Xers, and 5% of baby boomers. But millennials were also the most likely to have moved money out of stock investments; 15% of them reallocated funds out of equities, compared to 12% of Gen Xers and 8% of boomers.

"Americans are cutting their spending, but they're not bailing on stocks despite an unprecedented drop of more than 30 percent," Greg McBride, chief financial analyst at Bankrate, wrote. 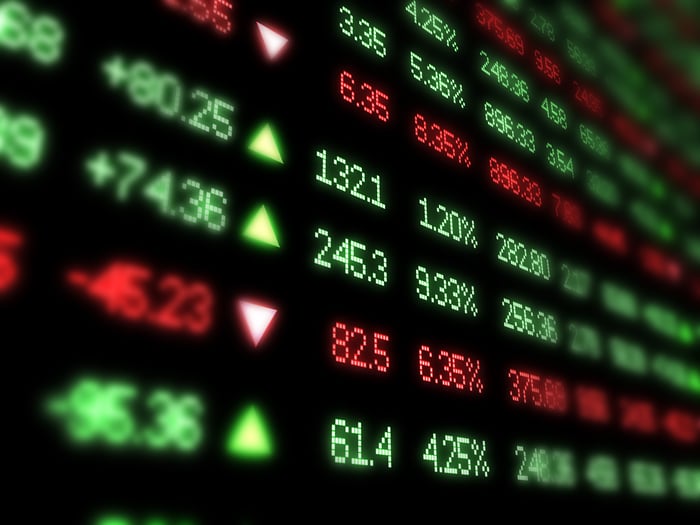 These are encouraging numbers because while it's unsettling to see the stock market drop so sharply in such a short period of time, it is smart to ride out the volatility and stay invested -- as long as you have a well-considered risk profile. Here are three major reasons why.

No. 1: History is on your side

But in the two weeks since then, the Dow has climbed back by about 13%, and was as about 21,052 as of Friday's closing bell.

From that bottom, it took until March 5, 2013 -- when it closed at 14,253 -- for the Dow to get back above its Oct. 9, 2007, high. Investors who were patient through that trough and staying in afterward were rewarded with an extended bull market that saw the market climb to over 29,551 at its peak.

But even when you factor in this most recent downturn, the Dow has returned about 6.7% on an annualized basis over the last 10 years through the market close on April 3.

It's impossible to know if we have hit bottom, but the fact is, the U.S. stock market has endured large drops before, and has always recovered to produce solid long-term returns.

If you move a lot of money out of your stock portfolios now, when the market is near its trough, you are just locking in those losses. Plus, you'll miss out on the gains when the recovery does come.

However, it's important to closely review your portfolio to make sure you are comfortable with your risk profile and asset allocation. Also, review your investments to make sure their fundamentals remain solid and their earnings potential is strong. While many companies will be able to weather the storm, some may have suffered more profound, longer-term damage, depending on their industry or circumstances.

No. 3: There are some terrific buys out there

When you see the shares of top companies like Disney (DIS -0.75%), Berkshire Hathaway (BRK.A -1.04%) (BRK.B -1.09%), and Apple (AAPL -0.66%), for example, with double-digit-percentage price declines year to date, you know there are great buying opportunities throughout the market.

These, and many other great companies, have been caught up in the selloff or have been hurt by the entirely necessary social distancing mandates in place throughout the country. In many cases, you'll have an opportunity to invest in great companies at prices you'll probably never see again. Take advantage of it.