Please ensure Javascript is enabled for purposes of website accessibility
Log In Help Join The Motley Fool
Free Article Join Over 1 Million Premium Members And Get More In-Depth Stock Guidance and Research
By Lou Whiteman – Apr 9, 2020 at 10:21AM

A lot has changed since the January deal announcement.

Back in January, aerospace suppliers Woodward (WWD -2.08%) and Hexcel (HXL -3.21%), facing increasing competition and pressure due to the grounding of Boeing's (BA -5.37%) 737 MAX, announced plans to combine in a $6.4 billion merger. Fast-forward three months: The 737 MAX is way down on the list of issues aerospace suppliers are facing, and the two companies are calling off the deal.

In a joint statement released on Monday, Woodward and Hexcel said they have decided to terminate their all-stock merger "in response to the increasing impact on both the aerospace and industrial sectors, and global markets broadly" due to the COVID-19 pandemic.

"The pandemic has resulted in a need for each company to focus on its respective businesses and has impacted the companies' ability to realize the benefits of the merger during these unprecedented times," they said. 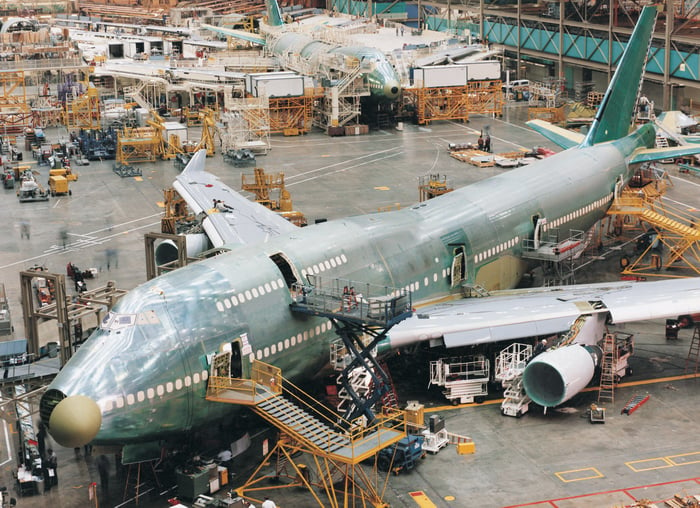 Travel demand worldwide has largely evaporated virtually overnight, causing airlines to cut flights, ground aircraft, and take other measures to preserve cash. Those moves, in turn, have rippled through to Boeing, rival Airbus (EADSY -2.07%), and their suppliers. Boeing this week said it was extending the temporary closure of its Seattle manufacturing operations indefinitely and shutting down its South Carolina operations, while Airbus suspended aircraft assembly operations in Alabama and Germany.

The pandemic likely will bring an end to what had been an extended run of strong commercial aircraft sales, but even before the outbreak, there were signs we were in a late stage of the cycle. Large deals like the Woodward/Hexcel merger usually come near the end of cyclically strong periods, when companies are trying to bring down costs and keep margins growing. Woodward and Hexcel sold the deal to their shareholders as a way for both companies to devote more resources to research into next-generation materials.

The R&D needs are still there, but are unlikely to be a near-term focus. Boeing and Airbus had already forecast demand for larger, twin-aisle widebody aircraft would decrease in the years to come, but with airlines in contraction mode, demand for smaller aircraft like the 737 and the Airbus A320 could also shrink.

Boeing was dealt a blow earlier this month when airplane leasing giant Avolon said it was canceling orders for 75 737 MAX planes that had been scheduled to be delivered by 2023, and deferring other deliveries, because it feared it would be unable to place those planes with airlines. That's likely just the tip of the iceberg as airlines and lessors re-examine their fleets and adopt a cautious stance on growth.

Focusing on the present, not the future

Without a doubt, a megamerger like Woodward and Hexcel had planned was going to be complicated. Such deals often run into trouble even in a strong market, so there is some logic to the companies deciding not to risk one in a down market. And both companies are expecting to feel significant impacts from the pandemic-related economic slowdown.

Woodward said it was implementing a hiring freeze, laying off and furloughing workers in anticipation of lost revenue, and reducing company officers' salaries and directors' fees. The company also withdrew its guidance and slashed its dividend. Hexcel similarly said it was freezing hiring, scrutinizing spending, and "evaluating employment levels to align with lower customer demand." 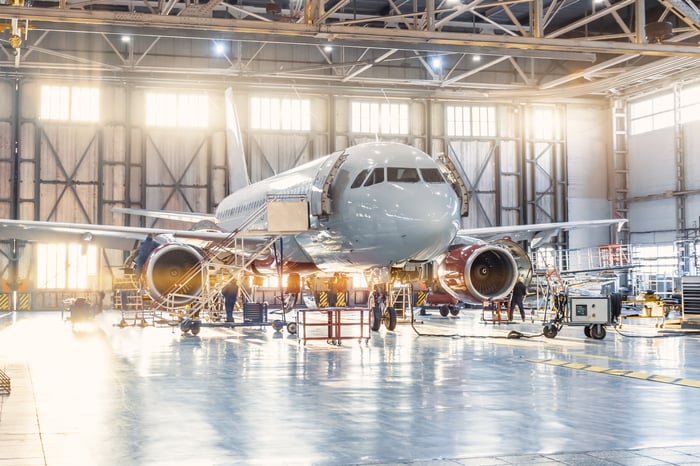 Both companies also implemented shareholder rights plans designed to protect them against unsolicited takeover offers. They likely felt vulnerable because shares of both Hexcel and Woodward have lost about half of their value year to date.

While the business impact of the slowdown is significant, it's worth noting that the proposed deal was an all-stock arrangement, meaning neither company would have had to take on added debt or raise cash to move the merger across the finish line. Both Hexcel and Woodward noted that they have healthy balance sheets.

"While we have a strong balance sheet and available liquidity, including under our revolving credit facility, management of cash flow will remain a key focus throughout this downturn," said Woodward Chairman and CEO Thomas A. Gendron.

I wasn't in the room for what had to be complex discussions in the days leading up to the deal's termination, so I don't want to blame one side or the other, but it's a shame Woodward and Hexcel couldn't find a way to make the merger work.

Back in January, the companies argued that they were better together because, if combined, they would have the resources needed to better hold off competitors and invest in new technologies. That economies-of-scale argument is even more valid during a downturn. If each company felt it needed a partner before, both certainly could use the added heft now.

I have no interest in holding either of these stocks at this point in the cycle, but of the two, I would expect Woodward to be the outperformer in the near-term because it does have some non-aerospace businesses. Hexcel also has high exposure to the widebody aircraft programs expected to take the brunt of the slowdown.

I suspect the companies' initial instincts were correct, and in the long term, I expect they will eventually partner up either together or with other aerospace suppliers. Whether those future deals offer more value than the one they're walking away from today remains to be seen.