Please ensure Javascript is enabled for purposes of website accessibility
Log In Help Join The Motley Fool
Free Article Join Over 1 Million Premium Members And Get More In-Depth Stock Guidance and Research
By Donna Fuscaldo – Apr 9, 2020 at 11:46AM

Hiring Alex Stamos, formerly of Facebook, is part of Zoom's 90-day plan to enhance security and privacy on the platform.

In a blog post, Alex Stamos, who is now an adjunct professor at Stanford, said he was approached by Zoom CEO Eric Yuan after he posted a series of tweets last week offering ways Zoom could respond to its security issues . Yuan wanted input and assistance from Stamos in building out Zoom's security, privacy, and safety capabilities by serving as an outside consultant, which Stamos has agreed to do. "I was impressed by his (Yuan) clear vision for Zoom as a trusted platform and his willingness to take aggressive action to get there," wrote Stamos. 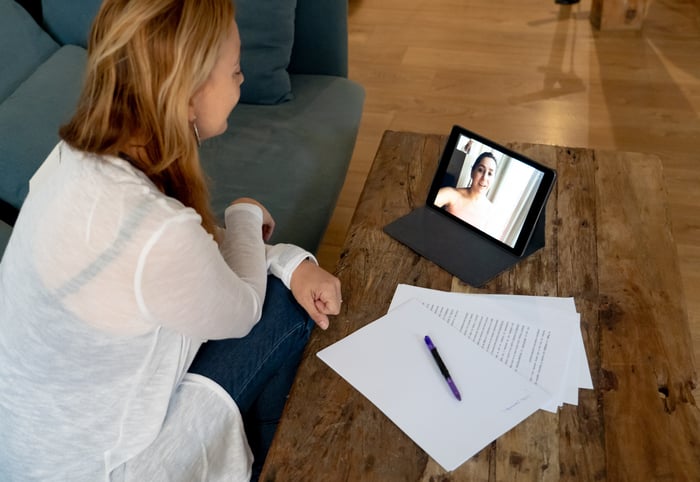 The move to bring Stamos on is part of the tech stock's 90-day plan to improve the security and privacy of the platform. With millions of people sheltering in place amid the COVID-19 pandemic, Zoom has become a go-to platform to communicate, collaborate, and learn. As of March, it has 200 million daily active users compared to a peak of 10 million at the end of December. But the app has been in the spotlight for all the wrong reasons. Reports of Zoombombing have led school districts, companies, and even governments to ban the use of Zoom. It also prompted a shareholder lawsuit and raised the ire of New York Attorney General Letitia James.

Stamos said in his blog post he isn't only motivated to help by the technical challenges but by how critical Zoom has become during the pandemic. "The adaptation of a successful enterprise collaboration tool into virtual classrooms, virtual doctor's offices and a myriad of other applications (including at least one virtual Cabinet Room) has created privacy, trust and safety challenges that no company has ever faced," wrote Stamos.