Please ensure Javascript is enabled for purposes of website accessibility
Log In Help Join The Motley Fool
Free Article Join Over 1 Million Premium Members And Get More In-Depth Stock Guidance and Research
By John Rosevear – Apr 13, 2020 at 11:48AM

The automaker still has plenty of cash, but it won't last forever.

Shares of Ford Motor Company (F -1.29%) were down on Monday, after the company said that it probably lost $600 million in the first quarter and that its cash will last at least through September.

In a statement released before the U.S. markets opened on Monday, Ford said that it had about $30 billion in cash remaining as of April 9. That's enough to last through the third quarter even if most of its factories stay closed, it said. 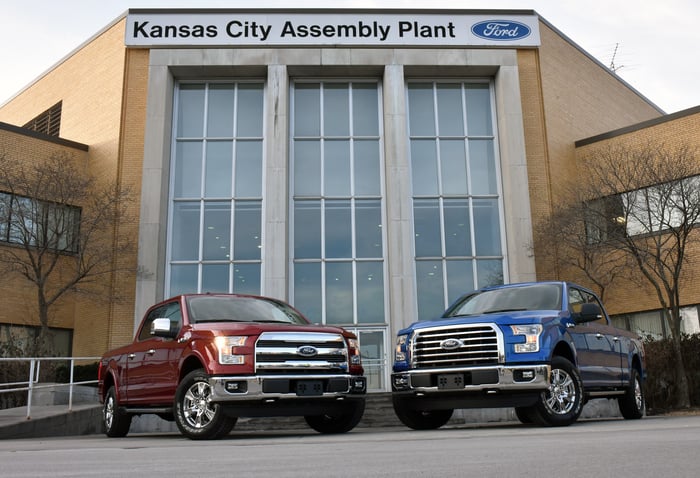 If Ford can't reopen its idled factories, its $30 billion in cash will last through September, it said. Image source: Ford Motor Company.

As for earnings, Ford said that it will post an adjusted operating loss of about $600 million when it reports its first-quarter results on April 28. The company said that its revenue fell roughly 16% from a year ago, to about $34 billion, on a 21% decline in wholesale shipments.

The automaker shut down most of its factories around the world in March, as the global coronavirus spread through Asia, Europe, and the Americas. As of Monday, Ford has restarted production in China, where the COVID-19 outbreak is fading. But its factories elsewhere remain idled.

Ford has already moved to reduce its spending for the time being by suspending its dividend, postponing capital expenditures, and deferring executives' salaries. It said that it's looking at other ways to reduce costs, and that it's exploring the possibility of raising more cash. But even without doing either, it wants investors to know that it has ample cash right now to last through September.

Ford said that it's working with its suppliers and other stakeholders on a plan to reopen its shuttered factories in stages, starting before the end of the second quarter. Any such plan will require approval from union leaders in the U.S., Canada, and Europe. Ford said that its plan will include strong measures to protect workers from COVID-19.

Why Ford Stock Has Been Charging Higher This Week