Please ensure Javascript is enabled for purposes of website accessibility
Log In Help Join The Motley Fool
Free Article Join Over 1 Million Premium Members And Get More In-Depth Stock Guidance and Research
By Brent Nyitray, CFA – Apr 14, 2020 at 8:44AM

Financial stocks were beaten up pretty badly in March as the coronavirus pandemic upended the economy. Mortgage real estate investment trusts (REITs) were subject to margin calls and forced deleveraging, while retail REITs suffered from shuttered stores and non-payment of rents. Meanwhile, the banking sector is seeing an uptick in non-performing loans, and investors are bracing for the worst as banks start reporting earnings this week.

If you had to invest in the financial sector, where could you find safety and return? Here are two REITs and an exchange that look poised to profit amid the economic weakness. 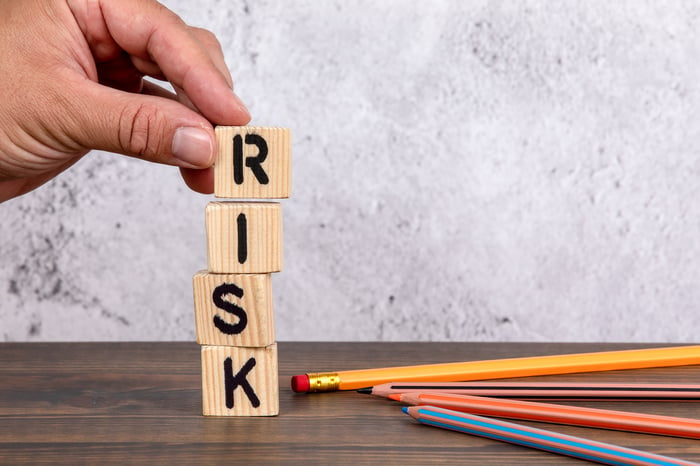 Equinix (EQIX -2.39%) is a data REIT, which means it owns facilities that provide data services (storage and distribution) to business customers. This sector was already getting a big push from the rise of streaming entertainment -- now add a surge in remote working, online education, and telemedicine.

Equinix is not a cheap stock, trading at 44 times funds from operations (FFO -- the REIT equivalent of earnings) per share. And its dividend yield of 1.6% is a bit below what investors might normally expect from REITs. But Equinix doesn't have the exposure to real estate -- and therefore the financial sector -- that most REITs have to deal with (cell-phone tower REITs are in the same position). Partly as a result, the company's growth profile is much better than that of the typical REIT. Over the past five full years, its adjusted FFO has grown at a compound annual rate of more than 20%, while its operating revenue has grown at almost 18% annualized. Year to date, the stock is up 13%.

Derivatives exchanges had a record quarter

CME Group (CME -2.07%) is another financial stock that's performed well throughout the COVID-19 outbreak. CME Group contains some of the world's top derivatives exchanges, including the Chicago Mercantile Exchange, the Chicago Board of Trade, the New York Mercantile Exchange, and the Commodities Exchange. The company just announced that the average daily volume of contracts increased 45% year over year to a record of 27 million in the first quarter. Contract volume in the month of March alone was 68% higher than the same period the year before.

As an intermediary, CME has some credit risk, but it is largely limited to transactions in progress -- it doesn't really make loans and hold them. Most of its income comes from data charges and trading fees. The stock is trading at 31 times 2019 earnings and has a dividend yield of 1.9%. Year to date, shares are down about 9%, so the stock has held up much better than the rest of the financials.

Not all mortgage REITs are equal

AGNC Investment (AGNC -5.61%) had a hideous March as margin calls and frozen markets bedeviled the mortgage REIT industry. AGNC has been thrown out with many of the other players in the sector even though the vast majority of its balance sheet is in mortgage-backed securities, which are guaranteed by the U.S. government. The company just announced its book value per share fell 23% to $13.60 during the quarter, largely driven by an increase in mortgage spreads -- the difference between mortgage yields and Treasury yields -- that the company expects to see reverse. In fact, the New York Fed's purchases of mortgage-backed securities have pushed MBS spreads much tighter lately.

Throughout the crisis, AGNC has been able to maintain its portfolio and not sell assets at fire-sale prices. The company cut its monthly dividend to $0.12 per share in order to put money to work. This puts the stock at a 10% discount to book value and gives it a dividend yield of 11.8% -- both of which should support its valuation even though mortgage REITs' pain probably isn't over yet. Even so, AGNC isn't necessarily for the faint of heart -- it's down 31% year to date.

Banks are just beginning to announce their earnings, and we should expect to see an increase in writedowns and non-performing assets. These three stocks have extremely low credit risk, although AGNC is exposed to general skittishness in the financial sector. Despite being out of favor for the moment, these three are good bets to hang on to for the near future, until the COVID-19 crisis is over and the rest of the sector becomes a buy.

Want $200 In Monthly Dividend Income? This Ultra-High-Yield Stock Duo Can Make It Happen