The two tech employees fired had offered to match donations up to $500, arguing there are insufficient protections in place to protect warehouse workers amid the COVID-19 pandemic.

Amazon (AMZN -2.78%) has fired two technology employees who were critical of the eCommerce giant's warehouse conditions amid the COVID-19 pandemic, according to a Washington Post report later confirmed by Amazon. 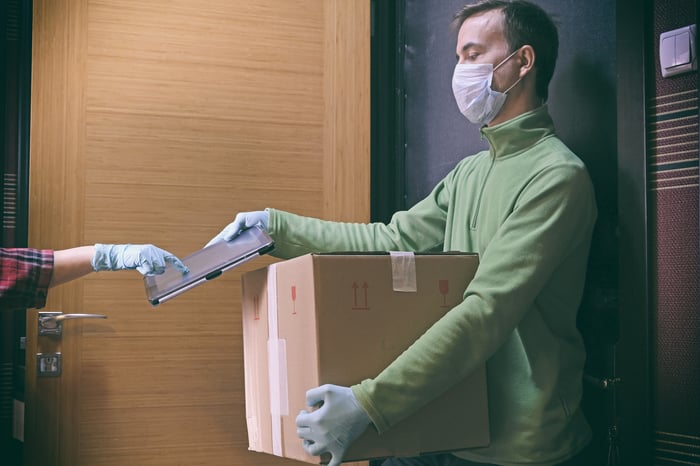 The two employees were issued warnings in January for not getting the proper approvals before speaking out about the tech giant's efforts to curb greenhouse emissions. Amazon employees are barred from commenting about business practices unless they get management to sign off. That policy prompted 400 Amazon employees to sign a letter calling for an end to the policy.

Earlier in April, Amazon fired Christian Smalls, an Amazon warehouse worker in its Staten Island location, for what the company said was repeated violations of its social distancing guidelines. Small had organized and attended a protest over the safety of Amazon workers. Amazon said at the time he was under quarantine for 14 days.

Amazon also warned in an internal document that employees who shirk social distancing rules could face disciplinary measures. The first violation gets them written up, while a second violation could result in their termination. After hiring 100,000 warehouse and delivery workers over the course of four weeks to meet surging demand, Amazon said this week it's hiring an additional 75,000.