Each stock in this typically stable group was up 5% or more on Tuesday.

As a class of stocks, Dividend Aristocrats are generally pretty stable. That should be expected from a group of companies that have all paid and raised their dividends every year for at least 25 years straight. To make that list, it takes a great business with durable competitive advantages and strong management.

However, April 14 saw at least nine Dividend Aristocrats gain 5% or more during trading:

With the exception of Johnson & Johnson, which reported first-quarter results and raised its dividend 6%, there wasn't a lot of material news to drive this group of stocks higher today.

To the contrary, part of their gains could be investors moving away from another popular category of dividend stocks: megabanks. JPMorgan Chase (JPM 1.66%) reported a decline in profit in the first quarter today and also said it increased its provision for credit losses by $1.5 billion to $8.3 billion. The second quarter -- and potentially even beyond that -- is expected to be challenging for many financial services providers as an economy in neutral freezes what had been a healthy period of lending growth. 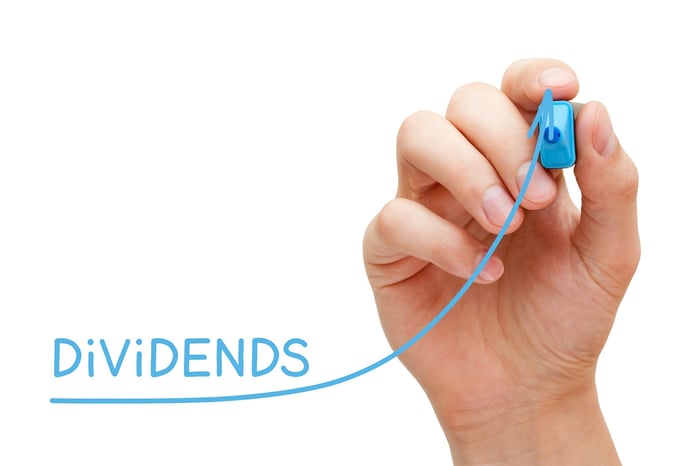 While banks could struggle, investors look to be moving more capital into the relative safety represented by the companies above. With the exception of Grainger, which provides industrial supplies to businesses, all of the others offer consumer staples, medicines, or (in the case of Brown-Forman) booze. These are all things people still buy -- sometimes more frequently -- during an economic downturn.

As a group, I think the market generally has it right in that these are likely to prove the kinds of companies that will hold up well during an economic downturn. They should be able to ride out what looks like potentially the deepest dive into a recession in American history.

Here's how their stocks have performed so far this year: 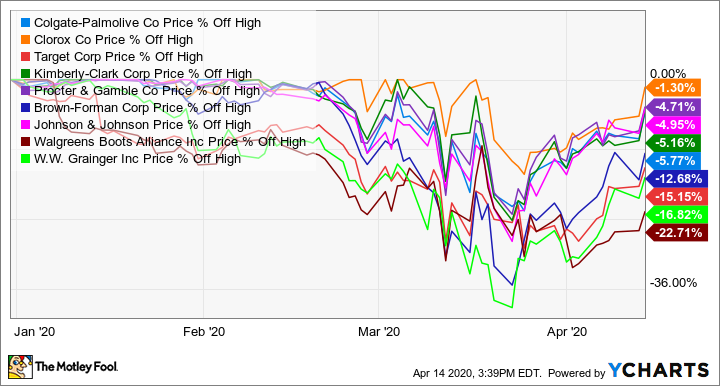 With the exception of Walgreens and W.W. Grainger, that's better than the broader S&P 500 has done. Looking out over the next year or so, if you're an investor looking for stability and a dependable dividend, you could do a lot worse than assembling a basket of these stocks and sitting tight.

There's no guarantee they will all be able to maintain their dividends -- almost 20 Aristocrats had to cut their payouts last recession -- but if you invest in a large group such as these nine, that diversification should help offset any potential losers.