3 reasons investors are shrugging off the bad news.

One of these things is not like the others:

All of these happened between April 3 and April 9 of this year. The stock market's performance -- up 12.1% over seven days -- seems completely at odds with the rest of the sobering news. The disconnect prompted Politico's chief economic correspondent Ben White to ask in a tweet: "Has Wall Street gone crazy?"

No, it hasn't (at least, not more so than usual). And while nobody can say with 100% certainty why the market behaves the way it does, here are the three perfectly logical reasons why investors are buying right now. 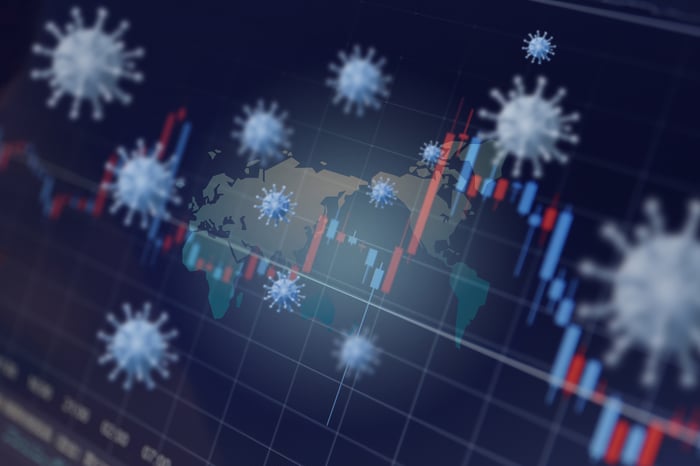 What's past is past

While news of mass unemployment and economic recession is both serious and upsetting, it's not really unexpected.

More than 95% of Americans are currently under "stay-at-home," "shelter in place," or similar orders. Deprived of customers, of course businesses like retail stores, movie theaters, and bars have laid off staff. Additionally, schools and day care centers are closed across most of the country, forcing more people out of the workforce to take care of their children.

When huge swaths of the U.S. economy have been forced to shut down for a month or more, did anybody think that we wouldn't slide into recession (which, after all, is just two consecutive quarters of negative growth)? The market saw this coming.

However, those unemployment numbers and economic indicators only tell us about the past and the present, while buying stocks is a bet on the future. And during the week of April 3-9, there were some glimmers of hope:

This upbeat news may have given investors hope that although things seem bad now, a swift turnaround is on the way.

They've got it under control

Investors have had another good reason not to panic-sell over the past couple of weeks: the government's response to the economic crisis has thus far been both swift and aggressive.

Congress and the White House took only about two weeks to draft and pass a $2.2 trillion economic stimulus package, the CARES Act, which expanded unemployment insurance, authorized $350 billion in forgivable loans to small businesses, and promised direct stimulus payments to most Americans, among other measures.

The Federal Reserve has been even more active than Congress. Besides cutting interest rates to zero on March 3, the central bank has vowed to inject trillions of dollars of liquidity into the economy to keep it afloat. Efforts include new direct lending programs to banks, corporations, and municipalities, as well as purchases of corporate bonds, mortgage-backed securities, commercial paper, and Treasury notes.

On April 9 alone, the Fed pledged an additional $2.3 trillion in lending on top of its prior authorizations, bringing its total commitment to at least $4 trillion (some of the programs are open-ended, so the final amount could be much higher). The Fed has already added more than $1.8 trillion to its balance sheet since March 1. By contrast, it invested less than $1.4 trillion during 2008 and 2009 together.

Despite the bad economic data, investors may feel reassured by the Fed bringing out the big guns and bringing them out early.

Legendary investor Warren Buffett counseled to "be fearful when others are greedy, and ... be greedy only when others are fearful," but that's a lot easier said than done. That's in part because FOMO -- Fear Of Missing Out -- is a powerful psychological phenomenon, especially for investors.

It's easy to see how FOMO might be at play here. While the market was dropping 30% over the course of a month, nobody wanted to buy in... at least, not until they were sure it had hit bottom. But then, surprise! On March 23, the S&P 500 shot up nearly 10%, and yesterday's prices suddenly seemed like a bargain. Are you missing your one chance to pick up these stocks on sale? Every day the market rises, you feel like you're falling farther behind. Maybe you'd better get in now while the getting's good... .

The pull of FOMO may have been too much for some investors to resist in early April.

Heck, if I knew where the market was headed, I'd be sitting on a throne of money on my own private island instead of writing financial analysis. But here's what I do know:

Where the market goes from here depends almost solely on how the ongoing coronavirus pandemic unfolds. In other words, nobody knows right now. For the time being, the market seems to have collectively decided it's going to go better than previously expected. That could become a self-fulfilling prophecy.

On the other hand, we've just seen a major market decline, followed by a rebound about half as large. This has happened before... 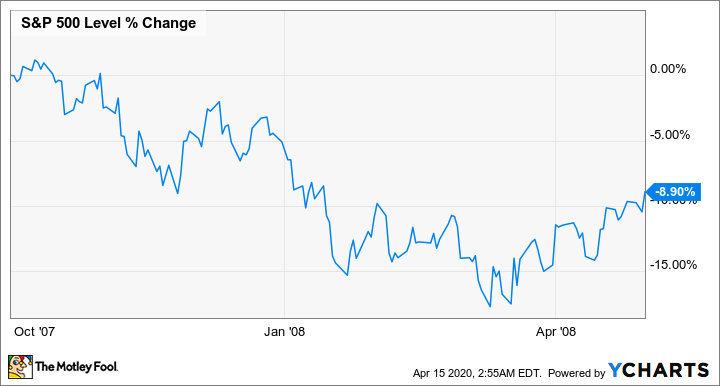 ...right before this happened: 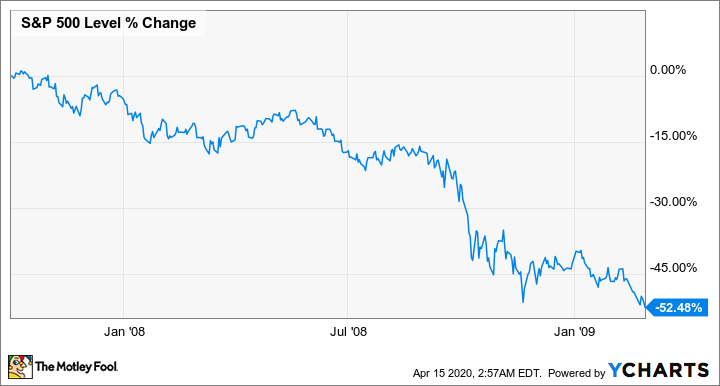 The moral of the story? You never can tell, so keep investing regularly over the long term.