Please ensure Javascript is enabled for purposes of website accessibility
Log In Help Join The Motley Fool
Free Article Join Over 1 Million Premium Members And Get More In-Depth Stock Guidance and Research
By Lou Whiteman - Apr 15, 2020 at 10:44AM

Canada has a deal to allow the sale of LAV 6 armored personnel carriers to proceed as planned.

Canada has made peace with Saudi Arabia, ending a year-long diplomatic tiff and clearing the way for General Dynamics (GD 1.18%) to finally resume exporting light armored vehicles to the kingdom.

The Canadian government is lifting its freeze on weapons exports to Saudi Arabia after renegotiating a contract to sell land vehicles to the Saudis. It's a positive step for General Dynamics Land Systems-Canada, the U.S. defense giant's Canadian arm that makes the vehicles at a plant in London, Ontario, and for GD shareholders who were impatient to see the deal get done.

General Dynamics' Canadian subsidiary in 2014 signed a $13 billion deal to deliver LAV 6 armored personnel carriers to Saudi Arabia, but the deal was controversial in Canada from the start due to complaints about Saudi human rights practices. The deal was negotiated by a Canadian government led by conservative Stephen Harper, but when the Liberal Party under Justin Trudeau came to power a year later, the country's dealings with Saudi Arabia were placed under fresh scrutiny.

In December 2018, Trudeau froze the sale and said he was looking at ways to back out in response to the killing of journalist Jamal Khashoggi and Saudi Arabia's involvement in the Yemen war. The contract had been on hold since, but Canada said on April 9 it has a new deal with the Saudis that would allow it to resume military exports.

Canadian foreign minister François-Philippe Champagne and finance minister Bill Morneau said in a joint statement, "We have been able to secure significant improvements to the contract."

The ministers said that cancellation of the contract "could have resulted in billions of dollars in damages" to the government, and also "would have put the jobs of thousands of Canadians at risk, not only in Southwestern Ontario but also across the entire defence industry supply chain, which includes hundreds of small and medium enterprises."

Concern about jobs was likely an important factor in all sides making peace. Canada, like the United States, is facing historic job loss numbers due to the COVID-19 pandemic and was likely eager to see job additions in the hard-hit London area.

Investors can breathe a sigh of relief

General Dynamics has remained firm since 2018 that its contract, which technically was with Canada and not Saudi Arabia, included protections that would have cost Canada about $750 million in penalties and could have left Canada on the hook to purchase any vehicles that were produced but not yet delivered.

General Dynamics CEO Phebe N. Novakovic, during an October conference call with investors, noted "the payments on our international program out of Canada have remained slow," referencing the vehicles. But she remained confident the company would get the money, eventually.

"Let me just remind everybody, there is no dispute on quantum, there no dispute on the fact that it is owed. It's simply a question of timing and we are still hopeful that we resolve that by the end of the year," Novakovic said.

The minister's statement appears to back up those claims. But even if the company was protected, the delays were costly. The dispute cost General Dynamics more than $1.5 billion in revenue in 2019 and caused the company to miss Wall Street's free cash flow expectations, factors that contributed to the contractor's shares underperforming major rivals' in 2019. 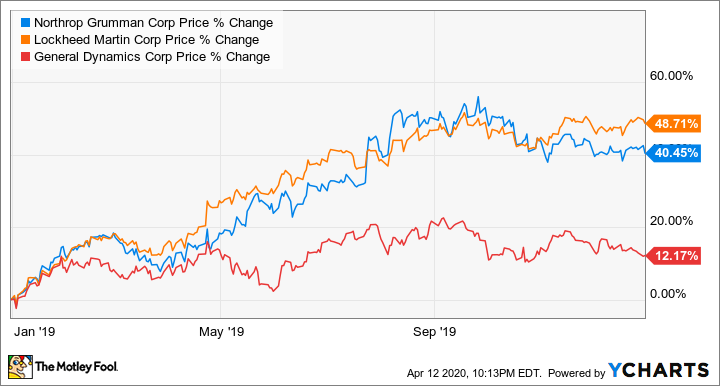 More broadly, General Dynamics had to be careful not to overplay its hand and risk alienating itself with the Canadian government, an important customer and government partner.

The new deal was not a total surprise for investors. General Dynamics management in late January reported progress in negotiations with Canada, including an updated delivery schedule and a $500 million progress payment received in January. An additional $500 million is expected later this year, with regular payments for product deliveries spanning from 2021 to 2024.

That said, it is yet to see whether the deal gets over the finish line. General Dynamics cash fell short of expectations in 2019, but the company expects free cash flow to exceed net income starting in 2021 thanks to the LAV deliveries and reduced expenses as some other platforms move out of the development stage and into deliveries.

General Dynamics stock as noted has been a dud in recent years, and the company's outlook for 2020 now faces additional unexpected uncertainty because its massive Gulfstream business jet unit could flounder if the pandemic throws the economy into a recession.

Still, there is great potential in this company's defense portfolio. And with the new Saudi Arabia/Canada deal complete, one of the biggest question marks hanging over the defense side of the business has been resolved. There's a lot to like about General Dynamics heading into 2021.