Please ensure Javascript is enabled for purposes of website accessibility
Log In Help Join The Motley Fool
Free Article Join Over 1 Million Premium Members And Get More In-Depth Stock Guidance and Research
By James Brumley – Apr 15, 2020 at 7:15AM

The online auction site's new CEO has a history of using technology as a means of gathering and using consumer data.

Odds are good that prior to Monday, most investors had never even heard of Jamie Iannone. The new CEO of online auction site eBay (EBAY -1.00%) not only came from outside the company, he seemingly came from nowhere. He wasn't the boss of any other major company, either.

But don't let the obscurity fool you. Iannone is not only qualified by experience and proven by a track record of notable promotions, but he's also established a legacy of technology-minded innovation and savvy consumer-minded initiatives. He may be the outsider that stagnant eBay needs to start pushing back against an overwhelmingly large Amazon.com (AMZN 0.66%).

Who is Jamie Iannone?

Prior to being named eBay's new chief, Iannone was working for Walmart (WMT 0.55%), serving as the COO of Walmart's e-commerce operation. He held that title for just over a month, promoted from his prior role as CEO of SamsClub.com in late February. Iannone joined the Walmart family as head of the Sam's Club online venue, coming from Barnes & Noble, where he was president of digital products, including its NOOK device. Before that, he was with eBay, where he headed up matters such as tailored shopping experiences.

In other words, he's got experience, and he knows how to do what needs to be done. 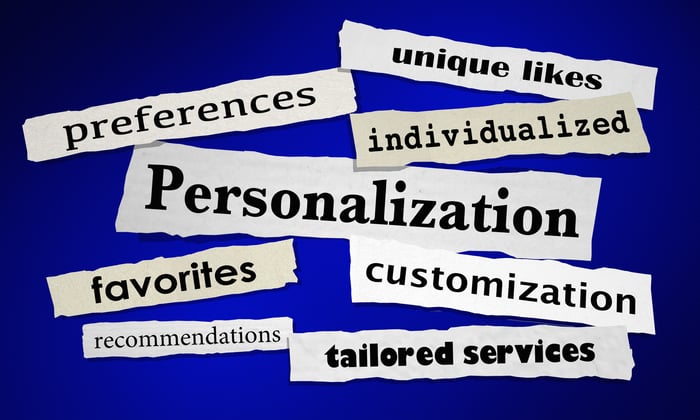 His resume isn't the most exciting aspect of his selection as CEO of eBay, though. Rather, it's his understanding (from the experience of past successes and failures) that simply building the best technological apparatus isn't enough. There's always a human element that has to be addressed as part of any tech initiative.

That's not always been easy to see from Iannone, who was often overshadowed by higher-profile players within the Walmart organization (like CEO Doug McMillon). But, in the rare instances where Iannone was allowed to shine, he's demonstrated some compelling attributes.

For instance, in early 2019, a Sam's Club store in Texas unveiled cashierless checkout technology. It was just one store, and it's still more of an experiment, but for a membership-based club shopping venue, it's rather forward-thinking. While e-commerce giant Amazon technically beat Iannone to the punch on instituting this potentially revolutionary retail technology, it wasn't by much.

Iannone began embracing the potential of consumer technologies before consumers and other companies caught on. While the Barnes & Noble NOOK has hardly proven disruptive to the powerhouses within the tablet industry, for the record, its 2009 debut product beat the Apple iPad to the market. It's difficult to say the NOOK hasn't helped shape the tablet landscape in a way that made all the ones that followed more like the original e-reader.

Iannone left Barnes & Noble for Sam's Club in 2014, but he took his affinity for technology with him. Although consumers and Walmart shareholders saw him delve into cashierless tech a little over a year ago, it's what they didn't see that holds so much promise. That same Sam's Club location in Dallas that uses cashierless technology is also combining mobile apps with shopping lists. It has digital pricing labels on shelves that can be changed on the fly. The company's even tinkering with augmented reality.

At the heart of all the initiatives Iannone led is the gathering and smart utilization of consumer data. Iannone conceded at a conference held in September 2019 that, "We can use your membership to create a magical experience," adding that it wasn't collected or used in a creepy way. He fleshed out the idea late last year, explaining:

[W]e've gotten very good at finding the life events that match them with membership. You've bought your first home, you've had your first child -- we can delivery on savings of money, but also bigger things like saving you time and making your experiences smooth and frictionless.

What this may mean for eBay still isn't entirely clear. Iannone is an online shopping veteran, but eBay clearly isn't Sam's Club or Walmart (or even Barnes & Noble, for that matter).

In retrospect, though, it's fairly clear to long-term eBay shareholders that meaningful personalization of the shopping experience may be one of the key reasons it's struggled to compete with Amazon, which gathers enormous amounts of information about its customers. Other tech companies such as Alphabet's Google and Apple are doing it, too, and doing it well.

None of this is necessarily a reason to step into a new eBay position just yet. However, for current owners who believe eBay was already well-positioned to come out of the coronavirus pandemic looking like a better option for small businesses that have been largely elbowed out Amazon's third-party marketplace, Iannone's arrival is another bullish factor. At the very least, investors will want to keep tabs on what sort of personalization measures he attempts to put in place.