Fast-food chain Jack in the Box (NASDAQ:JACK) is withdrawing its financial guidance for the remainder of 2020, according to a press release from the company on Wednesday. With the COVID-19 pandemic affecting dining habits across its 2,250 locations, the restaurant chain is unable to reasonably forecast what its results will be for the time being.

Jack in the Box also announced moves to increase its liquidity and provide some flexibility for its restaurant franchisees. 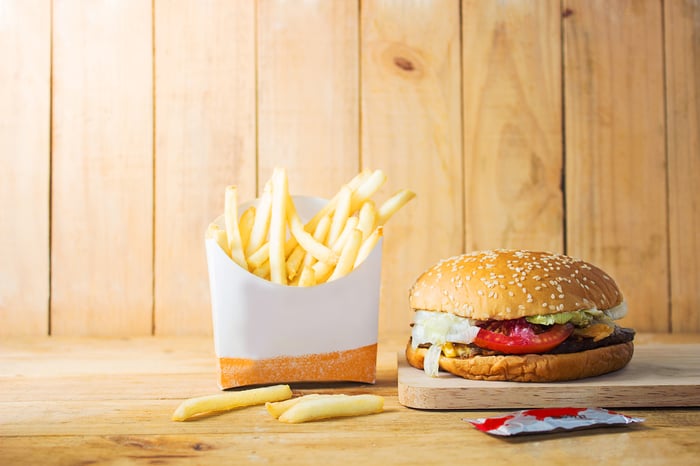 To increase corporate liquidity, Jack in the Box is suspending share repurchases and has delayed further franchise development for 2020. Additionally, the company has fully withdrawn from its more than $100 million credit facility, giving it $165 million to work with.

The company has also taken steps to assist its franchisees, which make up 94% of its restaurants. It has reduced its marketing fee from 5% of gross restaurant sales to 4%, to be collected at a later date and over a period of two years. Some rent payments will also be postponed until July.

Interestingly, Jack in the Box has largely remained open. The company said that 99% of locations have been open every day during the COVID-19 crisis. The company's fiscal quarter ended on April 12, and comparable sales were only down 4.2%. Granted, this included results prior to consumers sheltering at home. The last five weeks of the quarter saw comparable sales fall 17%. Still, that's better than how some other restaurant companies have fared.

Jack in the Box may be doing relatively well due to its largely off-premise operating model. Approximately 70% of sales have historically come through the drive-through.