Here's why plunging used-car prices could devastate these car stocks in different ways.

At first glance, Hertz seeking aid might not come as a surprise considering analysts have been concerned about the rental companies' financial health for weeks. The difference today could be the growing pessimism about a potential plunge in used-vehicle prices and the negative impact it would have on the broader automotive industry.

Let's dive into why this is happening and how it will hurt these car stocks.

Similar to the rest of the economy, used-vehicle auctions are essentially frozen, and that means Hertz and Avis can't sell the used cars they might want to rotate out of their fleets. This means they aren't buying new vehicles, either, so all of the cars automakers produce specifically for the rental companies are just sitting in parking lots. That supply growth is likely to depress used-vehicle prices, causing rental companies to have far less valuable fleets when auctions start back up.

The primary problem is that Hertz used $10 billion in financing to buy its fleet, and when the prices of those assets fall, Hertz must make up the difference in cash within roughly three months, per the report. Unless used car prices rebound quickly, Hertz is likely to face a serious cash crunch this summer. 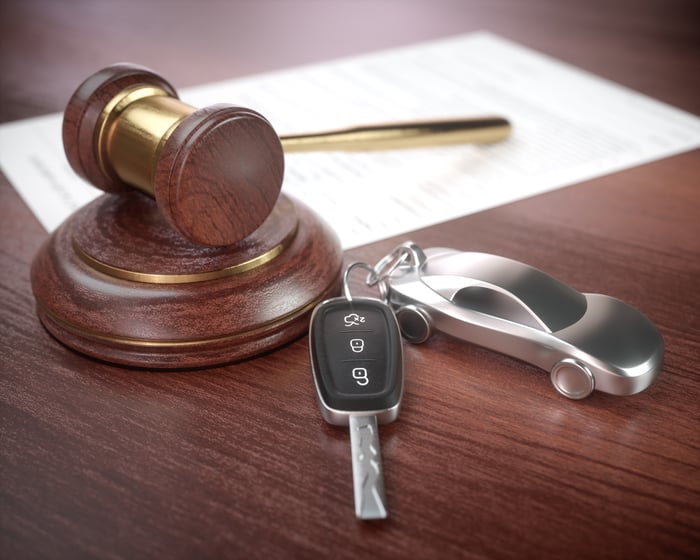 For automakers such as General Motors and crosstown rival Ford (F 2.13%), which both have a financial arm, declining used-car values is also a largely overlooked problem.

When GM or Ford leases a vehicle to consumers, it must estimate the value of the vehicle when it's returned at the end of the lease. When things go as planned, automakers generally make a solid profit, and both GM's and Ford's financial divisions have been thriving in recent years. The problem is that if these off-lease and used-car vehicle prices plunge quickly, sending prices below the level the automakers originally predicted, losses can mount quickly.

The automotive industry is certainly being hit hard by the COVID-19 coronavirus outbreak as many consumers are not going to be shopping for big-ticket items with so much economic uncertainty.

Some car stocks are better prepared for this massive speed bump than others, so before investing, investors would be wise to dig into any company's balance sheet to understand its financial health and whether it has the liquidity to survive this downturn. Per the New York Post's report, it seems rental companies could need help.