Please ensure Javascript is enabled for purposes of website accessibility
Log In Help Join The Motley Fool
Free Article Join Over 1 Million Premium Members And Get More In-Depth Stock Guidance and Research
By Taylor Carmichael – Apr 16, 2020 at 6:41AM

The pharmaceutical and diagnostics specialist ran into some SEC-related controversy in 2018; now, it's a major player in the fight against COVID-19.

OPKO Health (OPK -3.73%) is a highly shorted stock -- 24% of its float is sold short. What this means is that institutions and other investors have borrowed almost a quarter of its shares and sold them on the market, in hopes of being able to profit by repurchasing them later at a lower price. The short-sellers are betting the stock will be lower in the future.

Some of my favorite stocks, what The Motley Fool calls "rule-breakers," are highly shorted companies. For instance, 67% of the float of Match Group is sold short. Carvana is also highly shorted, as is Virgin Galactic. 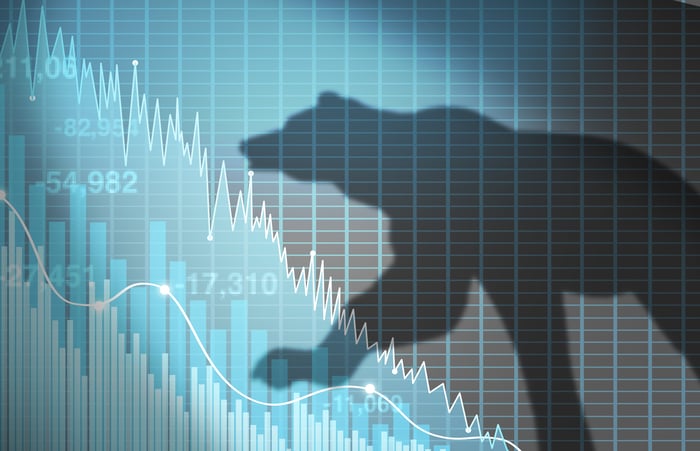 One of the most famous shorts was performed by Steve Eisman, who profited from the collapse of the U.S. housing market. His story was recounted in the book and movie, The Big Short. (Steve Carrell played him in the movie.) Eisman went on to try to profit from what he predicted would be the collapse of Tesla by shorting that company's stock. That move backfired in a big way as shares in Tesla rose dramatically instead. Eisman had to close out his short position in the automaker at a loss.

Recently, short-selling firm Muddy Waters (Carson Block) reported that Chinese high-growth superstar Luckin Coffee was engaging in accounting fraud. When the short-seller report came out, the stock took a hit, then bounced back. Yet the short analysis was right. Luckin Coffee conducted an internal investigation and discovered that indeed the Chief Operating Officer had been fraudulently reporting its financials. Of course, the market nuked the stock after the truth came out. But that's a short-sighted response. Investors should applaud Luckin's management for taking the accusation seriously, investigating it, and then telling the truth about what they discovered.

To sum up, it's not a bad idea to pay attention to what the short-sellers are saying. Certainly, theirs are useful perspectives to consider before buying a stock. What are the negatives? What could go wrong? You can count on a short-seller to name them.

Why are people shorting OPKO Health?

OPKO Health is a battleground stock because the company is the investment arm of Phillip Frost. Frost is a self-made billionaire and doctor, who became one of the richest people in the world when he sold his generic drug company, Ivax, to Teva Pharmaceuticals for $7.6 billion in 2005.

Frost is a deal-maker who trusts his own judgment and takes risks, especially when other people don't see the value. Not surprisingly, he's highly optimistic about OPKO. "What we are building here is a company that will have a half a dozen products, each capable of doing more than a billion dollars in sales and some several billion," he told Forbes in a 2017 interview.

The multi-blockbuster company he described back then is still in the hazy future; right now, none of OPKO's products are doing $1 billion dollars in annual sales. Indeed, the entire company only had $900 million in revenue last year, most of it coming from BioReference Labs, its diagnostic arm.

OPKO Health owns a patchwork array of products and services, from a human growth hormone molecule to a diagnostic test for prostate cancer, from a peptide technology that extends the life of therapies, to Rayaldee, a drug for chronic kidney disease. OPKO also has an animal health division and a subsidiary that sells generic drugs in South America.

Almost all of these products and services came to the company via acquisitions. OPKO investors are hopeful that Frost's judgment in regard to medical value is as keen as ever. That ability to pick and price acquisitions is what made Frost his fortune.

In recent years, OPKO Health has been on an acquisition spree. In 2013, Frost and his company spent $480 million to acquire Israeli company Prolor Biotech and $100 million for Canadian biotech Cytochroma; In 2015, it paid $1.5 billion to acquire BioReference Labs and $135 million for Irish biotech EirGen; in 2016, it bought Transition Therapeutics for $60 million; and back in 2011, it spent $10 million to acquire Curna Health.

When OPKO doesn't buy healthcare businesses outright, it acquires minority stakes. OPKO has invested in many companies in the space, including a variety of micro-caps. And it was this last part of the business that got OPKO in trouble with the Securities and Exchange Commission.

In 2018, the SEC alleged that a group of "micro-cap fraudsters" conspired in a variety of "pump-and-dump schemes" between 2013 and 2018. The regulator alleged that a trader named Barry Honig paid bloggers to rave about micro-cap stocks to boost their prices so he and other insiders could sell shares at a profit.

Frost and OPKO were both named in the government's suit and the company settled with the SEC to make the lawsuit go away.

Of course, the shorts have been having a field day with OPKO's stock. The share price is down from a high of more than $19 back in 2015 to a recent price range of $1 and change. While the company's probably not in danger of becoming a micro-cap itself (its current value is over $1 billion), shareholders have suffered mightily.

Nonetheless, there are some bright spots. Typically, when OPKO makes acquisitions, it uses its own stock to pay for them. That's usually a sign the company thinks its stock might be overvalued by the market. So when OPKO's market cap was up, Frost used his stock as currency to acquire undervalued products and services in the healthcare field, spending over $2.2 billion to do so.

Nowadays, with OPKO valued at just $1 billion, Frost is using his cash to buy shares in his own company. And when insiders are buying, that's often a sign that a stock is undervalued by the market.

OPKO's stock is up 9% in 2020, while the broader market is down by a double-digit percentage. OPKO's subsidiary, BioReference Labs, is one of the major diagnostic outfits running tests for COVID-19 in the U.S. So investors are starting to feel optimistic about the company again. Perhaps the most bullish indicator, at least in the short term, is that the shorts are starting to feel the squeeze.

Just a few years ago, the market loved OPKO Health and its visionary CEO, running the stock up to a $7 billion valuation. The market was too optimistic back then, and the stock was hammered when Frost's vision didn't come together right away. But if you look at OPKO with fresh eyes, you might see a tremendous amount of potential -- and a CEO who has a history of finding unrecognized value.