Please ensure Javascript is enabled for purposes of website accessibility
Log In Help Join The Motley Fool
Free Article Join Over 1 Million Premium Members And Get More In-Depth Stock Guidance and Research
By Daniel B. Kline - Apr 17, 2020 at 7:55AM

A lot of revenue has disappeared for the House of Mouse as its theme parks remain closed and its movies have no theaters to be shown in.

Walt Disney (DIS 3.30%) may be losing up to $30 million per day while its theme parks remain closed, its cruise ships docked, and its movie theaters shuttered, according to The New York Times. The company has furloughed workers at impacted divisions and borrowed $6 billion to see it through the current coronavirus crisis.

Even the Disney divisions which are open -- its TV and cable networks -- are struggling. ESPN, for example, has little to talk about and has resorted to airing archival sporting events and some unique competitions created to fill the void.

Disney+ is a positive. The streaming service has climbed to 50 million members, but that growth may slow as the production of new shows has ground to a halt.

It's mostly a lot of bad news. And it has some shareholders thinking: is now the time to sell my Walt Disney stock? 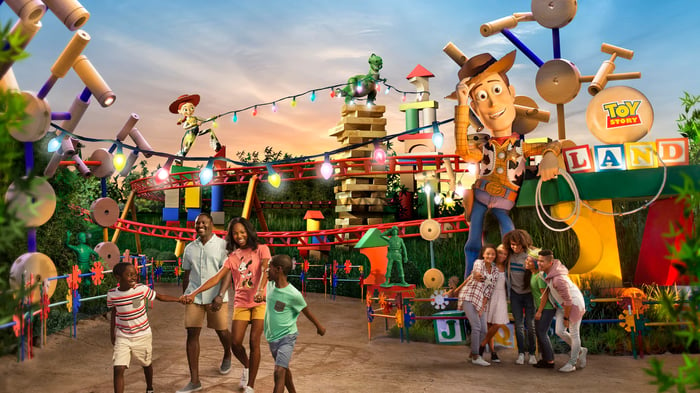 How sick is the Mouse House?

Many investors are unsure about how to proceed. They see the underlying strengths of the company, but nobody knows when life will return to any semblance of normal. At the moment, people don't even know when they might be able to visit a loved one's house, so planning Disney theme-park trips is likely on the back burner.

Disney had about $21 billion in revenue in its most recent quarter. Roughly half that came from its theme-park and movie divisions:

Another $3.98 billion comes from direct-to-consumer and international segments, and it's likely that much of that revenue has dried up as well. Even media networks -- which brought in $7.36 billion in the first quarter -- are seeing lower ad rates, a lack of sports programming to show on ESPN, and a generally poor operating environment.

The sole beacon in the darkness has been Disney+. The streaming service has climbed from 10 million to 50 million subscribers over the past five months. But that's still only about $1 billion in revenue per quarter.

Aside from its limping television division and its thriving streaming service, Walt Disney has seen its business come to a screeching halt. That's alarming for shareholders, and it's a least a reason to consider selling your shares.

Should I sell my Disney stock?

It's going to be a rough few quarters for Disney. It's hard to know when some semblance of normalcy will return, and when people will feel free to visit movie theaters or go to a theme park.

Despite that, I would not give up on the company as a shareholder. Disney has the premier theme-park brand -- the aspirational one that families plan trips around. That's not going to stop, even if the economy remains in a recession.

Disney also owns an incredible lineup of intellectual property for its films, television networks, and streaming services. People may be tight for cash for an extended period, but that won't stop most people from seeing a new Avengers movie or the latest Pixar release.

It's not going to be an easy journey back, but Disney has the properties to eventually mount a comeback. As an investor, be prepared for some rough days, big drops, and uncertainty. But this remains a strong company, and it makes more sense to buy or hold than to sell.