The battered retailer is sending mixed messages, but undoubtedly needs cash now rather than later.

Struggling department store chain J.C. Penney (JCPN.Q) may not be down for the count just yet. Without naming specific sources, Bloomberg reported on Friday the company had received an offer of around $300 million in new financing.

If the reports are accurate, the help is arriving none too soon. Like most retailers, JC Penney stores are closed to slow the spread of the COVID-19 coronavirus. J.C. Penney entered the coronavirus storm on very shaky footing, however. As of the quarter ending in early February, the company only held $386 million in cash or equivalents. That figure could be depleted quickly when stores are closed. 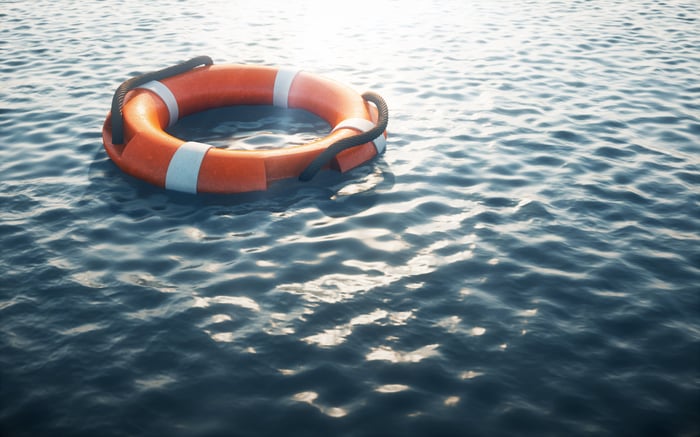 J.C. Penney drew $1.25 billion in cash from an existing credit arrangement in March, providing some of the liquidity it immediately needs. The retailer also made its lease payments for April. Yet, Penney failed to pay $12 million worth of interest due on some of its bonds earlier this week, and appears to be in talks with advisors known to guide companies through bankruptcies and reorganizations. Much of the cash garnered through its credit facility may already be earmarked for debt maturing soon.

Bond rating agency Fitch downgraded the company's debt to CCC- in early April. Moody's downgraded the company's debt to Caa3 this week, putting it deeper into so-called "junk" territory that indicates a high default risk. That rating makes it difficult to secure new financing. Bloomberg reported that the creditors in question consist of first-lien and second-lien lenders who would accept real estate as collateral if it had not been named as collateral for other loans.