These are the kind of investments that will last for generations.

Dividend stocks are appealing in any market. After all, research has shown that dividend-paying stocks outperform the non-dividend-paying variety. But during volatile times like these, dividend stocks really shine as they are generally less risky than non-dividend payers as those payouts help give them a defensive positioning. Not only do dividend stocks generally have a reliable profit stream, but the dividend payment gives investors an added sense of security and helps anchor the stock price, as yields will rise if the stock price falls.

With the S&P 500 still down about 20% from its all-time high and the economy plunging into a recession, now is an excellent time to consider adding some reliable dividend stocks to your portfolio. Keep reading to see why Johnson & Johnson (JNJ 1.13%), Starbucks (SBUX 3.76%), and Costco (COST 1.35%) have what it takes to pay you the rest of your life. 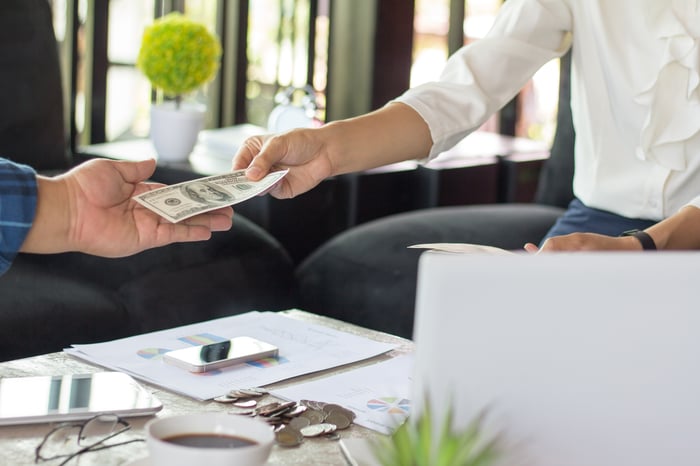 During a health crisis, it makes sense to look to healthcare stocks to help protect your wealth and deliver reliable income, and it's hard to find a better option than Johnson & Johnson, a diversified maker of pharmaceuticals, medical devices, and consumer products such as Tylenol.

Johnson & Johnson just increased its dividend for the 58th consecutive year, from $0.95 to $1.01, further solidifying its status as a rare Dividend King, or a stock that has raised its dividend for 50 years straight. Its willingness to lift the payout by 6.3% even in the worst economic crisis in memory shows the strength of the company's business model as well as its ability to withstand economic shocks.

In fact, Johnson & Johnson delivered adjusted earnings-per-share growth of 9.5% in the first quarter, but it did dial back its full-year guidance as its medical device business is being affected by a delay in elective surgeries due to COVID-19. The company is also making investments to develop a vaccine for the novel coronavirus.

Johnson & Johnson is also one of only two U.S. companies (Microsoft is the other) with a AAA credit rating, the highest available rating from Standard & Poor's -- a stamp of approval not even the U.S. government has.

With a defensive, diversified business model and a modest payout ratio of around 50%, Johnson & Johnson should continue to reward patient, long-term investors.

Starbucks may seem like an odd choice for the current moment as the java giant, like all restaurants, is feeling a significant impact from the coronavirus-related shutdowns. Starbucks has limited its U.S. cafes to delivery and drive-thru and is recovering lost sales in China as it reopens stores in its second-biggest market. Even with those strong headwinds, Starbucks still expects an adjusted profit per share for the second quarter, from January to March, of $0.32. Though that's down significantly from its profit a year ago, it shows the company's ability to generate a profit in even the most difficult of circumstances.

Also importantly, Starbucks is in a stronger position than rivals such as Dunkin', which is dependent on franchisees, or Luckin Coffee, which just admitted it had fraudulently inflated sales. Additionally, Starbucks should be able to grab market share from other chains and independent coffee shops, many of which will struggle to survive the pandemic as they don't have alternative revenue streams, such as selling bagged coffee in supermarkets, or the ability to do business around the world.

As a sign of its confidence in its business during the crisis, Starbucks recently authorized a repurchase of 40 million shares, showing the company has plans to capitalize on any sharp sell-off in the stock. The coffee giant has historically been aggressive with its dividend hikes, and though that may be on pause during the crisis, Starbucks should emerge from the pandemic stronger than before, and its dividend growth should continue.

Most retailers have been crushed by the coronavirus outbreak as discretionary sellers have been forced to close stores and consumers have shifted to only shopping for essentials, stocking up on goods such as food, medicine, and cleaning supplies. That has favored operators such as buy-in-bulk warehouse chain Costco, which saw U.S. comparable sales adjusted for fuel jump 12.1% in March. E-commerce sales globally jumped 49.8% in the month as consumers take advantage of online shopping during the crisis.

Costco was already in a strong position before the pandemic as its membership base gives it a level of security and a revenue stream most retailers don't have, and its promise of rock-bottom prices keep customers coming back. During the coronavirus outbreak, it's not surprising that Costco is the first place so many Americans are visiting to stock up on supplies as its buy-in-bulk model and bargain prices are a perfect match for the current environment.

As a dividend stock, the retail giant has steadily grown its payout since it first offered a dividend in 2004, and it just hiked it by 8%. The company has been known to reward investors with a juicy special dividend every few years, and another one could even be around the corner.

Even as the broader retail sector implodes, Costco should continue to thrive as its model has consistently delivered increasing comparable sales and membership growth, and that should ensure it remains a reliable dividend payer.