Please ensure Javascript is enabled for purposes of website accessibility
Log In Help Join The Motley Fool
Free Article Join Over 1 Million Premium Members And Get More In-Depth Stock Guidance and Research
By Keith Speights - Apr 19, 2020 at 7:31AM

Don't expect Social Security will be enough to fund your retirement. The federal program was intended to provide only around 40% of retirees' income. You'll need to make up the rest on your own.

One of the best alternatives to help you accomplish this goal is to invest in dividend stocks. In particular, you'll want to find the stocks of solid, well-run companies that should be able to keep paying dividends over the long run. Here are three great stocks that could help you supplement your Social Security income. 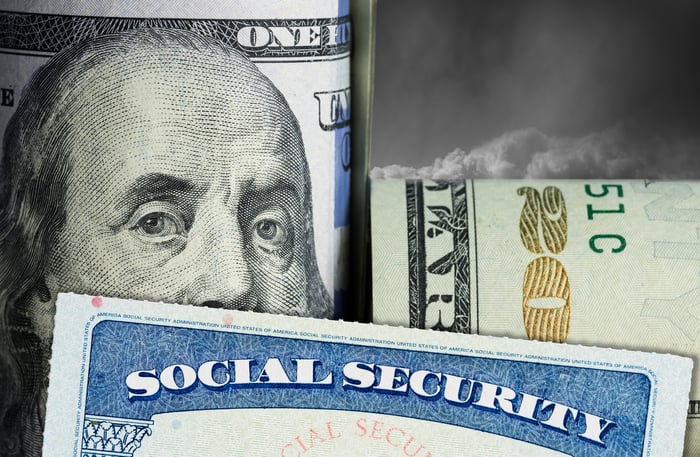 AbbVie (ABBV 0.18%) offers a dividend yield of close to 5.8%. The big drugmaker's track record looks very impressive, with 47 consecutive years of dividend increases including the time that AbbVie was part of Abbott Labs (ABT 0.12%). And since being spun off from Abbott in 2013, AbbVie has nearly tripled its dividend payout.

Last year, AbbVie raked in $33.3 billion in revenue with profits of nearly $7.9 billion. The company will soon become much larger after its pending acquisition of Allergan closes.

The primary risk with AbbVie is that it's heavily dependent on sales of one drug, Humira, which generated nearly 58% of the company's total revenue in 2019. Humira has already lost patent exclusivity in Europe and will do so in the U.S. in 2023. The drug's sales will almost certainly plunge within the next few years.

However, growth for AbbVie's other products will help offset much of the decline in Humira's sales. In particular, new immunology drugs Rinvoq and Skyrizi are expected to become major blockbuster successes. The acquisition of Allergan, with its Botox franchise and rising star in antipsychotic drug Vraylar, will also reduce AbbVie's reliance on Humira significantly. I think that AbbVie should be able to continue paying attractive dividends over the long run thanks to its post-Humira strategy.

Brookfield Infrastructure Partners' (BIP 0.41%) dividend yields 5.7%. The company increased its dividend payment in each of the last 10 years with dividend hikes between 7% and 9% in most years.

As its name indicates, Brookfield Infrastructure focuses on infrastructure assets. It owns and operates a wide range of assets across the world, including cell towers, data centers, electricity distribution systems, natural gas pipelines, railroads, ports, and toll roads. The company generated revenue of $6.6 billion last year with $650 million in profits.

Close to 95% of Brookfield Infrastructure's cash flows are regulated or contracted. This means the company can count on a steady stream of cash coming in. That's good news for retired investors depending on dividends to supplement their income.

It's also reassuring that Brookfield Infrastructure is highly diversified across sectors and geographically. The utility sector generates the highest cash flow but still accounts for only 32% of the company's total cash flow. No geographical region generates more than 30% of total cash flow. Even if one sector or region encounters headwinds, Brookfield Infrastructure should be in good shape to keep the dividends coming.

As you might expect based on its name, Brookfield Renewables Partners focuses on renewable energy assets. It owns more than $50 billion in energy assets across 15 countries, including hydroelectric, wind, and solar electricity generation facilities. In 2019, the company made nearly $3 billion in revenue.

At the end of 2019, around 73% of Brookfield Renewable's power generation was contracted under long-term contracts. The company expects to grow significantly in the future as countries and U.S. states seek to reduce their dependence on fossil fuels. This combination of stability and growth potential makes Brookfield Renewable a great pick for retirees looking to add to their Social Security income.