Please ensure Javascript is enabled for purposes of website accessibility
Log In Help Join The Motley Fool
Free Article Join Over 1 Million Premium Members And Get More In-Depth Stock Guidance and Research
By James Brumley - Apr 22, 2020 at 9:04AM

The latest intimation echoes headlines that have surfaced over the past several days.

Beleaguered department store name Macy's (M -1.91%) may be seeking as much as $5 billion in new debt-based financing, according to a report from CNBC Tuesday evening.

CNBC did not name its sources other than to describe them as "people familiar with the matter." But the development would align with other recent headlines regarding the retailer. Late last week Bloomberg also reported the company was considering leveraging real estate assets as collateral for new bonds that would raise much-needed money. Earlier last week, Reuters reported Macy's has been working with investment bank Lazard, although the news agency did not indicate exactly what the bank may have been hired to do. 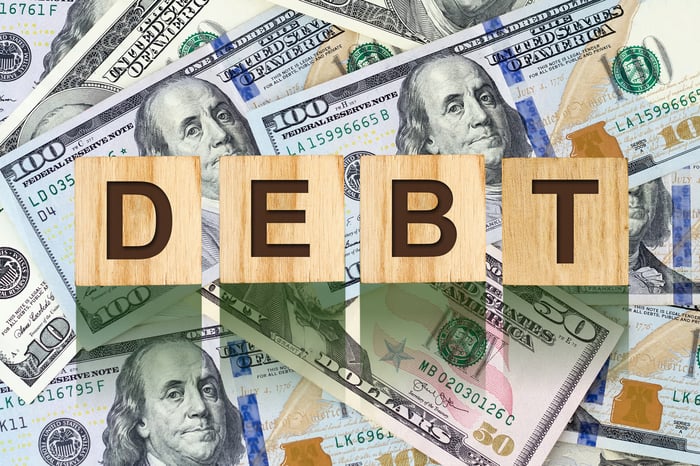 Like most retailers, Macy's stores are currently shuttered in an effort to curb the spread of COVID-19. To remain afloat while no sales are being made, in March the company tapped into $1.5 billion worth of credit. With no clarity as to when the coronavirus-inspired lockdowns may be lifted, however, that amount may still not be enough.

Although the department store chain has access to a trove of real estate which could be sold or pledged as collateral, property doesn't appear as if it will be the primary basis of any new debt. The report indicated inventory could be collateralized for up to $3 billion in funding, while real estate may only be leveraged to raise up to $2 billion in cash.

Macy's did not comment directly on the matter, but a spokesperson did acknowledge to CNBC that the company is "exploring numerous options to strengthen our capital structure."