Rumors of internet advertising's demise may have been exaggerated.

What did Snap say about earnings that got investors so excited -- not just about Snap itself, but about social media tech stocks, in general? 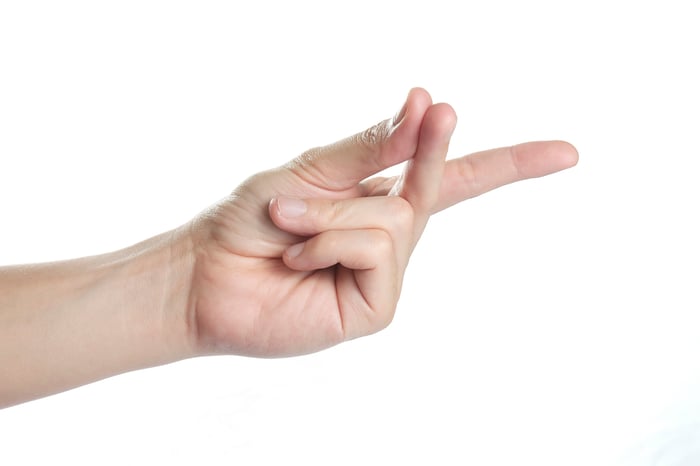 Here are a few numbers to get you started. In Q1, Snap grew Daily Active Users of its services 20% year over year -- twice the amount Wall Street had predicted -- to 229 million. Engagement by Snap users also improved, with time spent "watching Discover content," for example, growing 35% year over year and "time spent watching Shows" more than doubling. And despite worries that the COVID-19 pandemic's depressive effect on the economy was reducing advertising on social media sites, Snap managed to grow its revenue even faster -- up 44%.

So you can see why Snap investors were pleased. Now what does Snap's news foretell for investors in Facebook and Pinterest that's got those two stocks going up, as well?

Here's where the story gets a little tricky. On the one hand, yes, Snap is navigating the recession admirably so far and outperforming expectations. Nevertheless, in the company's post-earnings conference call with analysts, Snap confirmed that "many advertising budgets declined due to COVID-19" in the quarter. The fact that Snap was able to grow its revenues, therefore, was due to the fact that the company "experienced high revenue growth rates in the first two months of the quarter, which offset our lower growth in March."

That may seem to bode poorly for Pinterest (which reported preliminary earnings earlier this month) and Facebook (which reports next week).

In Pinterest's preliminary report, however, the company also expressed optimism, saying it expects to grow revenue by more than 33% once the final numbers come out and that its "monthly active users" (MAUs) grew more than 81%. This suggests that Snap's strong performance may be something not unique to Snap.

Such strong performances also bode well for Facebook, suggesting the decline in internet advertising may not be nearly so frightening as what some investors may have feared. While Snap's growth rate in the first two months of the year was an impressive 58%, even March's revenue growth rate -- 25% -- was not too shabby. With analysts forecasting only a 16% rise in revenue for Facebook, it's possible that this company, too, could surprise to the upside.

If Facebook does, in fact, end up reporting strong numbers next week, then investors may discover a three-in-a-row trend, assuring them that things are actually going pretty well for the social media sector.

And that would make for a great reason to be bidding up shares of Snap, Facebook, and Pinterest today.