Please ensure Javascript is enabled for purposes of website accessibility
Log In Help Join The Motley Fool
Free Article Join Over 1 Million Premium Members And Get More In-Depth Stock Guidance and Research
By Adria Cimino - Apr 23, 2020 at 6:34AM

As the overall market declined amid the coronavirus outbreak, Seattle Genetics (SGEN 1.79%) shares resisted, climbing 22% since the start of this year. The reason is simple: It's all about products. Seattle Genetics started the year with a newly approved drug -- Padcev, for the most common form of bladder cancer -- and investors were hopeful the U.S. Food and Drug Administration would soon approve the company's breast cancer drug, tucatinib, to be commercialized as Tukysa. Last week, that approval came -- four months earlier than expected.

Now the question is: Can Seattle Genetics move higher, or is the good news priced into the shares at this point? A look at approved treatments and market sizes can offer us some clues. 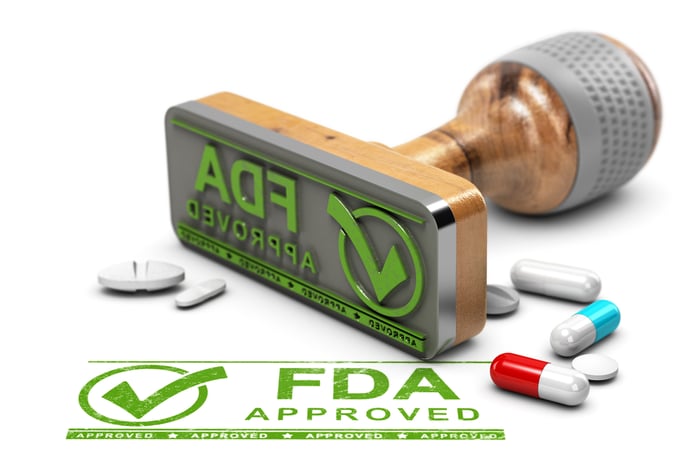 From one product to three

Just a year ago, Seattle Genetics was a one-product company. That product -- Adcetris, for Hodgkin lymphoma -- had a particularly strong 2019 thanks to label expansions, posting a 32% increase in net sales to $627.7 million in the U.S. and Canada. Now, Seattle Genetics forecasts a slowdown in Adcetris' sales for 2020, with an increase in the range of 8% to 12%. Still, long-term growth isn't necessarily over for Adcetris as the company works to establish the treatment as the standard of care in Hodgkin lymphoma and expand its uses.

A slowdown in growth for Adcetris is also less of a concern given the approvals of Padcev in December and Tukysa more recently, though it will take several quarters before these drugs can truly contribute to revenue. My eyes will be on Seattle Genetics' earnings report April 30 to see how Padcev fared during its first full quarter on the market.

Padcev is a treatment for locally advanced or metastatic urothelial (bladder) cancer. The approval pertains to adult patients who have previously been treated with both platinum-based chemotherapy and inhibitors of proteins that help cancer cells survive. The FDA recently granted a breakthrough therapy designation for an additional use, and after discussions with the regulatory body, Seattle Genetics is optimistic about a potential accelerated approval registration. That would be for the use of Padcev along with an immune therapy called pembrolizumab as a first-line treatment for patients with advanced forms of urothelial cancer who can't receive chemotherapy treatments that use a common treatment called cisplatin.

If sales predictions are correct, Padcev may be poised to be a blockbuster. Analysts from SVB Leerink Research predict peak sales of more than $5 billion, according to press reports. And according to Grand View Research, the global urothelial cancer drug market will reach $3.6 billion by 2023, with a compounded annual growth rate of 23%.

Seattle Genetics also has about 15 programs in phase 1 or phase 2 trials among its pipeline, adding to future revenue prospects.

From losses to profit

Seattle Genetics has steadily grown its revenue since 2011, when Adcetris was first approved. The company's net loss narrowed last year to $158.7 million from $222.7 million in 2018, and after five consecutive quarterly losses, Seattle Genetics posted a profit in the last quarter of 2019. The company also reported an increase in cash levels, starting this year with $868.3 million in cash and investments compared with $459.9 million a year earlier. The financial picture is brightening for Seattle Genetics, and the additions of Padcev and Tukysa should give it a further boost.

So, is it too late to buy Seattle Genetics stock? No. Though the shares only have to rise 5.5% to reach Wall Street's average price estimate, for the long-term biotech investor, there is more to gain as the newly approved drugs begin adding to the company's revenue.