Please ensure Javascript is enabled for purposes of website accessibility
Log In Help Join The Motley Fool
Free Article Join Over 1 Million Premium Members And Get More In-Depth Stock Guidance and Research
By James Brumley - Apr 23, 2020 at 8:20AM

The popular payments platform has moved into the data-monetization space after acquiring a tool to collect detailed consumer information.

When payments middleman PayPal (PYPL -2.61%) announced in late November it was acquiring Honey Science Corporation for about $4 billion, shareholders were confused. Honey is an online deal-finding tool, not something that typically falls within the payments company's wheelhouse. While neither party divulged too many details about Honey's business, its annual revenue at the time was estimated be just $100 million.

Honey is best known for its web browser plug-in -- more than 17 million consumers use the platform every month to shop from more than 30,000 participating merchants. Users can access coupon codes or find good deals from competing stores, which Honey says helps shoppers collectively save approximately $1 billion per year. 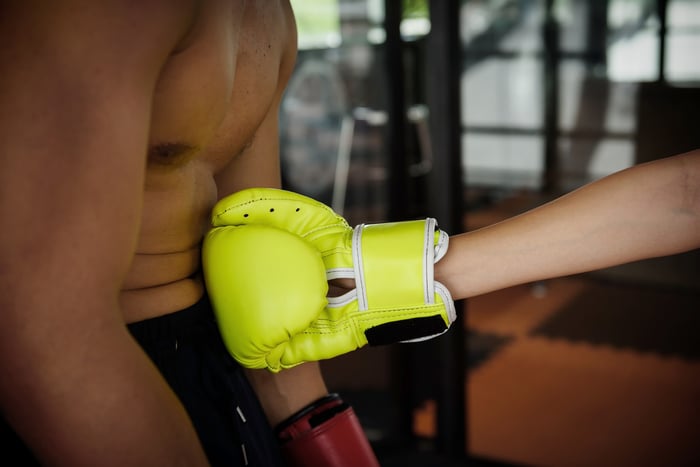 That may be the reason why Amazon cautioned its users only days after PayPal's announcement that "Honey tracks your private shopping behavior, collects data like your order history and items saved, and can read or change any of your data on any website you visit." Amazon went on to explain, "To keep your data private and secure, uninstall this extension immediately."

The irony of this dire warning is that Amazon Assistant does nearly the exact same thing, save one difference: Amazon Assistant only scours Amazon.com to find the best deal on a particular item, while Honey looks at thousands of merchants.

If it looks and sounds like Amazon is worried about the prospect of Honey's growing footprint, it probably is. Seventeen million users is still a relatively small base, but with the help of PayPal, the platform can pick up steam quickly. And as you'll see, Amazon's warning was actually kind of right.

It's all about consumer shopping data

Consumers' personal data have become a profitable commodity, and traditional goods and services are just the means of monetizing that information.

It's a reality Amazon understands all too well. Years of selling dirt cheap items with paper-thin margins were all part of a strategy to build a digital ecosystem. If you've ever purchased diapers from Amazon, the company has already figured out you probably have young kids and will be interested in related products.

Such targeting and data-gathering capabilities would be invaluable to any marketer, but Honey is positioned to disrupt this established flow of shopping -- and search -- data by steering consumers around Amazon.com rather than directly to it.

Collecting and then monetizing that information isn't necessarily in PayPal's repertoire either. While it's the first and arguably the most iconic name in online payments, it has always been at the back end of the process -- the last step before a consumer clicks the "process order" button. It can glean a lot of data doing that, but any consumer information related to searches, and the search process, has been out of its reach -- until now.

Investors may not have fully understood where PayPal was initially going with Honey, but CEO Dan Schulman clarified much about the company's plans during the fiscal fourth-quarter earnings call in January. The Honey app will eventually integrate with its PayPal and Venmo apps, and Schulman noted the prospect of expanding its payments capabilities to include credit card transactions. And shortly after the deal was finalized, Schulman explained to Vogue Business its most noteworthy opportunity: "Before, we were basically a platform that could enable secure checkout. But now we're going to be able to look at, 'What do people want?' Not just, 'What did they do?' That's a powerful set of information that can be extremely helpful to merchants."

It's still not clear exactly what that may mean. But it is clear PayPal finally has a consumer data-collection machine that's necessary in today's marketplace. Better yet, with PayPal's 305 million regular users -- perhaps en route to one billion -- compared to Amazon's regular customer base that also numbers in the hundreds of millions, it's equally clear that Honey's surface has only been scratched.