The intent is to protect American workers, but there will also be other consequences.

President Trump signed a proclamation Wednesday placing temporary limits on immigration. Referring to "risks to the U.S. labor market" in anticipation of an economic recovery following the worst of the coronavirus pandemic, the proclamation pointed to the need to protect American workers, 22 million of whom have filed for unemployment insurance in the four weeks ending April 11.

The proclamation drew debate from both sides of the political aisle, with some objecting to closing off immigration and others believing that more severe limits would be more effective. Below, we'll look at exactly what the proclamation says and how it might help or hurt businesses struggling to get through economic tough times. 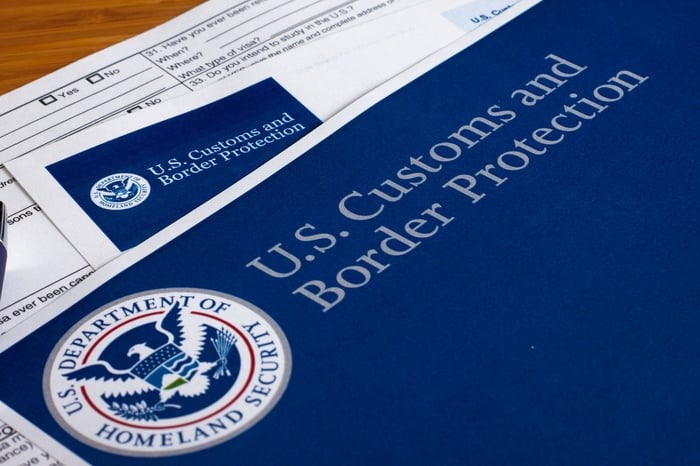 The key elements of the Trump proclamation

The proclamation on immigration expresses President Trump's finding that allowing entry of immigrants would be "detrimental to the interests of the United States." It therefore suspends and limits immigrants from entering the U.S., beginning at 11:59 p.m. EDT on April 23.

The suspension is scheduled to last for an initial period of 60 days. However, it allows for extensions beyond that date, with the anticipation that various cabinet members will consult with the White House to determine whether it should continue in its current form or with modifications.

However, the proclamation lists many classes of exceptions to allow certain immigrants from coming into the country. They include the following:

Those exclusions are broad enough to draw fire from those seeking more restrictive limits on immigration. In particular, it doesn't seek to change immigration status of anyone who already resides inside the country.

What impact will the proclamation have?

Few analysts expect that the proclamation will have a big impact during its initial 60-day window. The coronavirus pandemic has already led to the dramatic slowing of travel across international borders, and the U.S. in particular has seen substantial drops in those seeking to come into the country. Government services from the Department of State and others that handle immigration issues have largely seen their work suspended under stay-at-home and lockdown provisions.

Longer term, a lot depends on whether and how the terms of the proclamation get changed after the initial 60 days ends. Opponents of the measure point to research that suggests that immigrants typically end up doing jobs that U.S. citizens tend to avoid. Common occupations for immigrants include menial jobs in the construction, farming, transportation, and personal services areas, according to studies from government agencies and private research centers.

One industry that's pushing back against immigration restrictions is technology, where many start-up entrepreneurs entered the U.S. legally by immigrating. These tech entrepreneurs, who include leaders at privately held companies like Turo and Duolingo, point to the high-paying jobs that their businesses have created, arguing that limiting the ability to let more of their peers come into the U.S. only succeeds in making fewer employment opportunities for U.S. workers. For the most part, larger companies have been quiet, although a Microsoft (MSFT 1.70%) executive did highlight the role that immigrants play within the tech giant and in the U.S. economy more broadly.

President Trump's immigration policy has been volatile over time, with shifts coming at frequent intervals. Trying to anticipate the impact of the immigration proclamation on business is hard in large part because you can't count on its provisions staying the same for any length of time. Until the coronavirus pandemic progresses to a point at which countries open their borders more openly and the economy moves past any resulting recession, it'll be hard to tell what the proclamation is actually going to do to American businesses and workers.