These two underrated biotech stocks have the potential to soar.

Stocks in the biotech sector have generally held up well during the market sell-off caused by the COVID-19 pandemic. Two of the leading biotechnology exchange-traded funds (ETFs), the iShares Nasdaq Biotechnology ETF and the SPDR S&P Biotech ETF, have quickly rebounded from their lows and continue to outperform the broader S&P 500.

Several companies in this sector have delivered consistent gains during this stock market downturn. Here are two biotech stocks that appear to be solid picks for the rest of the year and beyond. 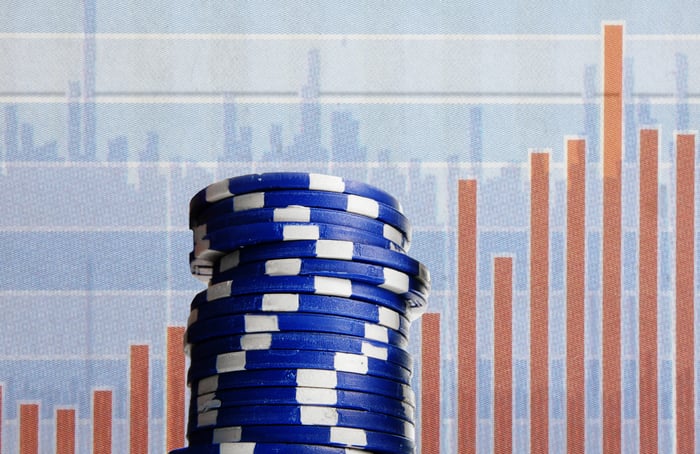 Karyopharm Therapeutics' (KPTI 5.13%) stock is up more than 30% year to date, showing no significant effects from the COVID-19 sell-off. The company had a breakthrough year in 2019 thanks to the launch and success of its novel drug Xpovio (Selinexor), which is the first and only approved treatment for the blood cancer known as relapsed or refractory multiple myeloma.

Karyopharm saw tremendous sales growth after the Xpovio launch in July. Xpovio sales for the full year were $30.5 million, with $17.7 million coming from the fourth quarter. Prescription demand was up 65% in the fourth quarter alone. More than 550 physicians prescribed the drug in the first six months, for about 1,400 prescriptions filled through the end of the year. This trend is expected to continue with the success of Karyopharm's pipeline and clinical data updates.

There are several notable catalysts coming up that should drive the stock higher:

An approval from the FDA for the use of Xpovio on DLBCL patients would represent a major commercial opportunity for Karyopharm. The market for DLBCL drugs is expected to grow to $4 billion by 2022 from less than $2 billion in 2016. Analysts are bullish on the stock, projecting an average price of $32.56, with a range of $25 to $43. Karyopharm has roughly $266 million in cash and investments, which should help it fund operations until mid-2021. Given that cash hoard and the potential positive catalysts on the horizon, Karyopharm's stock could easily rise higher with a potential approval in June.

Supernus Pharmaceuticals (SUPN -1.03%) is an under-the-radar stock that could be a solid pick for 2020 and beyond. Year to date, the stock is down 20%, though it's recovered from its lows after March's sell-off. The 15-year-old biopharma develops treatments for central nervous system (CNS) diseases and has a promising treatment for ADHD. It has two approved epilepsy products on the market, Oxtellar XR and Trokendi XR. Combined, these drugs have generated $383.4 million in net product revenue in 2019 with more than 836,399 prescriptions, a 6.4% increase year over year. And both have room to grow in their markets, with Trokendi XR having 5% market share and Oxtellar XR having 3%.

Supernus Pharmaceuticals's biggest opportunity lies in its promising pipeline. In January, the FDA accepted the company's new drug application (NDA) for SPN-812 (viloxazine hydrochloride), a treatment for ADHD in pediatric patients. This drug candidate could provide the company with an $8.5 billion market opportunity in the United States.

Management believes that SPN-812 could be well-differentiated from other non-stimulant treatments on the market. Phase 3 clinical trials demonstrated that the drug was consistent and reliable in its effective treatments of hyperactivity/impulsivity and inattention, compared to the placebo.

SPN-812's trials showed favorable safety profiles at different doses. The drug's key compound, viloxazine hydrochloride, is not new to the scene. It has an extensive safety record in Europe, when it was marketed as an antidepressant in the past, and SPN-812's unique mechanism in treatment of ADHD shows lots of promise. The FDA is expected to announce its decision on Nov. 8. If approved, the company expects to launch the drug with five-year market exclusivity and further develop its intellectual property.

This may be a prime time to invest in Supernus Pharmaceuticals. Its stock is trading at 16 times future earnings, a high ratio that suggests analysts are expecting more growth than over the past 12 months, when its P/E ratio was less than 10. The company has an operating margin of 37.8%; 15% or more is considered good enough to survive a market downturn.

It has plenty of cash to operate ($938.8 million in cash and investments ) and a healthy financial position with assets that exceed its liabilities. Analysts have set an average price target of $25.50, with a range of $20 to $32. Supernus Pharmaceuticals looks like a buy with its healthy finances and growth prospects. A potential approval of SPN-812 could make this a great long-term position.