Verizon is experiencing a big drop in new wireless customers due to unprecedented unemployment and shelter at home orders.

Verizon Communications (VZ 1.17%) walked back its revenue and profit targets for the remainder of 2020 after experiencing a steep decline in new consumer wireless accounts.

In reporting first-quarter results, the nation's largest wireless carrier said gains in business customers weren't enough to offset the decline on the consumer side. With millions of people unemployed, the economy at a standstill, and most Americans sheltering at home, Verizon's core consumer business is suffering. 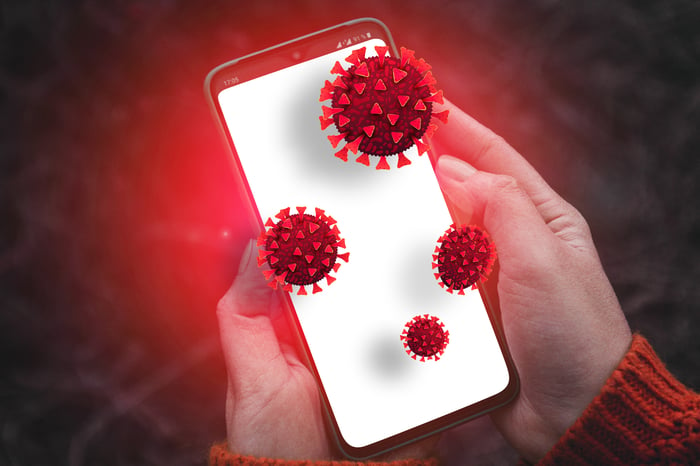 Verizon blamed the decline on the closings of its stores, noting nearly 70% of its retail locations were shuttered. It also reduced store hours and stopped selling devices in-store, resulting in a "significant" drop in customer activity and smartphone sales. Verizon is raising its bad-debt reserve by $228 million to deal with the increased number of customers who won't be able to pay their bills.

With COVID-19 uncertainty still front and center, Verizon removed its full-year revenue guidance and tempered its profit outlook for the remainder of the year. The tech stock now expects full-year adjusted earnings-per-share growth to be between up 2% and down 2%. It had previously forecast EPS growth of 2% to 4% for all of 2020.

Despite Verizon's outlook, the wireless carrier said it's not backing off its 5G investment and expects to emerge from the crisis stronger.