Please ensure Javascript is enabled for purposes of website accessibility
Log In Help Join The Motley Fool
Free Article Join Over 1 Million Premium Members And Get More In-Depth Stock Guidance and Research
By Lee Samaha - Apr 25, 2020 at 8:07AM

The sector remains a good way to play a recovery in economic growth.

The investment thesis behind buying railroad stocks got a boost recently with the earnings report from the smallest Class 1 railroad, Kansas City Southern (KSU). Let's take a look at what happened, and why investors should be feeling a bit more positive after management's commentary.

The case for buying railroad stocks 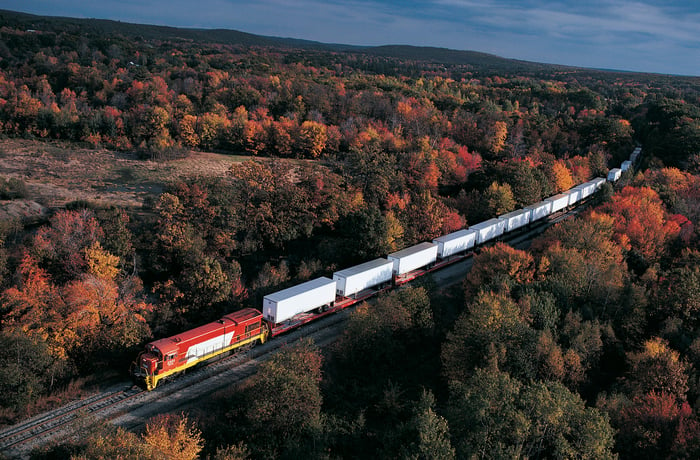 The weakness in automotive production (something subsequently increased by production shutdowns due to the pandemic) was borne out in Kansas City Southern's results. Similarly, the turmoil in energy markets (the slump in the price of oil has led to reductions in carloads for crude and sand for fracking in the U.S.) can also be seen in the results. Nevertheless, the 4% increase in carloads and 8% increase in year-over-year revenue suggests railroads were on a good growth track in the first quarter. 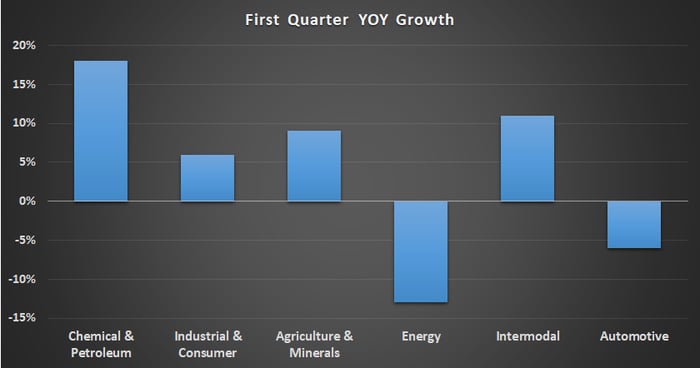 Clearly, the railroads remain a key bellwether of the economy, and when growth bounces back from the COVID-19 slump they will surely be beneficiaries.

Notwithstanding a long-term decline in coal rail traffic -- traditionally a key revenue generator for railroads  -- the sector's revenues have tended to follow the direction of U.S industrial production. 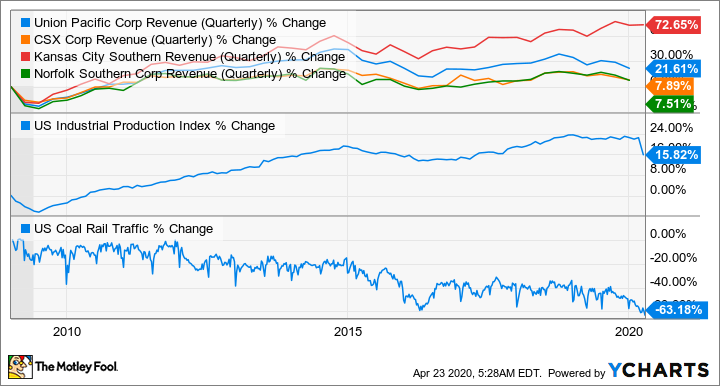 The third point is what differentiates the railroads from many other stocks to play a recovery. In a nutshell, they are a play on a recovery and an ongoing improvement in underlying profitability from PSR.

PSR is a set of management techniques that emphasizes running trains between two points on a network on a fixed schedule, as opposed to the traditional hub-and-spoke approach. PSR practitioners tend to follow metrics like train velocity, the amount of time a carload spends idle at a terminal location, and train length.

Improving all of these metrics should allow railroads to generate the same amount of revenue by using fewer assets. In addition, railroad operating ratio, or OR, should improve. For reference, the OR is simply operating expenses divided by revenue, so a lower number is better.

The table below outlines the improvements across the board. Furthermore, Kansas City Southern's VP of PSR Sameh Fahmy outlined how the operational improvements were allowing the railroad to reduce the number of locomotives and cars in its fleet. Quoting Fahmy from the earnings call, "We have taken out about 20% of all locomotives. We have taken out about 10% of the cars" (as of the end of February) since the adoption of PSR.

Railroad stocks are a good way to play a recovery

To be clear, the railroad's first-quarter numbers are somewhat flattering and not reflective of the carnage that's going to come in the second quarter when the COVID-19 impact will hit the figures. It's definitely going to get worse before it gets better for the railroads.

Nevertheless, the improvements in PSR metrics are a real and tangible catalyst of the underlying improvements the railroads continue to make in profitability. It suggests they can emerge from the COVID-19 pandemic in stronger shape than when they entered it. That's an added plus for anyone looking to invest in a recovery play, and a sector set to benefit from economic growth over the long term.