In 2019, the cannabis producer burned through nearly $400 million in cash.

Tilray (TLRY) saw terrific sales growth in 2019, with its top line climbing from $43.1 million in the previous year to nearly four times that figure -- $167 million. However, over the past year, shares of the Canadian cannabis producer are down more than 85%, which is even worse than how the Horizons Marijuana Life Sciences ETF has performed -- down 71%.

Investors are expecting more from pot stocks as concerns mount that there may be many bankruptcies this year as companies run out of money. Tilray's burned through a significant amount of cash as well. But let's take a closer look to see just how much of a problem its cash burn is and if it should prevent investors from buying shares of the company.

Does Tilray have enough money to get through 2020?

As of Dec. 31, Tilray had $96.8 million in cash and cash equivalents. A year ago, that balance was $487.3 million. In just one year's time, Tilray's burned through $390.5 million, and if it follows a similar pattern this year, the stock could be on track for an even worse year as Tilray may be left with no option but to raise more money through the equity markets, which dilutes existing shares.

What's particularly concerning is that the bulk of the cash burn came from the company's day-to-day operating activities, which used up $258 million. Investing activities, meanwhile, burned through $253 million. As a result, the company raised $111 million through common stock issues, something investors may see more of this year. Even during just the last quarter of 2019, Tilray's operations used up $91 million in cash -- nearly as much as it had on hand at the end of the year. 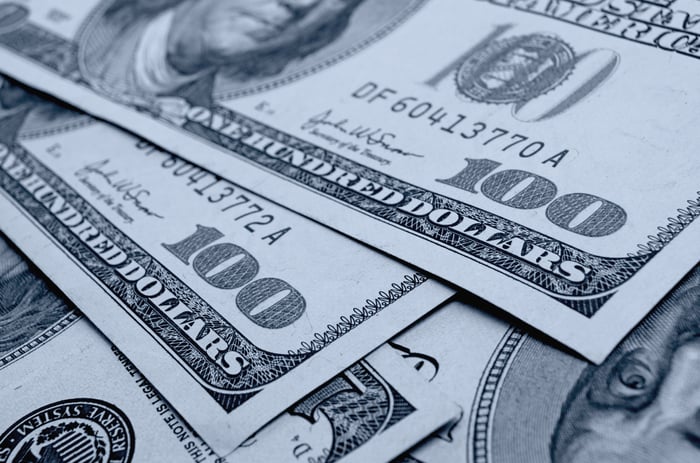 The short answer to whether Tilray has enough cash to get through this year would have to be no, based on what we've seen thus far from the company. It would need to make deep cuts to its operations to curb its rate of cash burn, and even that may not be enough.

Tilray is slashing costs, but they'll need to go much deeper this year

On Feb. 4, 2020, the company announced it was laying off 10% of its workforce. CEO Brendan Kennedy said, "By reducing headcount and cost, Tilray will be better positioned to achieve profitability." While he's right that it'll better position the company, that doesn't mean much because profitability is still a pipe dream at this point. In its most recent quarter, Tilray posted a loss of $220 million, and it's been in the red in each of the past 10 quarters.

The company will need to do even more this year in light of the coronavirus pandemic. A recession in Canada and the U.S. appears inevitable due to COVID-19, and that could make it much harder to generate sales growth in future quarters. Without even deeper cuts, Tilray may need to raise a lot more money through stock issues, and that will set the stock up for even further losses in 2020. Year to date, the stock is already down 60%, compared to a 35% decline by the Horizons Marijuana Life Sciences ETF.

Is Tilray cheap enough to buy despite the risk?

Currently, shares of Tilray are trading at around four times their sales. That looks like a bargain when you consider that a year ago that multiple was well over 100. Even its price-to-book multiple of 2.5 is far lower than the 30 times book value that investors were paying for the pot stock this time last year.

However, a low price won't mean much if the company runs out of money and can't afford to keep operating. Investors buy shares of businesses, and right now, Tilray's business looks to be in trouble. And if the company goes back to the well and issues shares in order to raise additional cash, that'll only send the stock price even further down. With the stock down as much as it is, the level of dilution will be even greater in subsequent issues, since a lower stock price means the company will need to issue more shares than before to raise the same level of cash.

Investors should stay away from Tilray for now. At the very least, investors should monitor the situation to see how the company does in its next quarterly results and if its rate of cash burn has improved. Until Tilray can demonstrate that it can generate positive cash flow from its operations, it'll be too risky to buy given the level of cash that it has on hand today.