Investors weren't excited by the biotech's preliminary results from an early-stage clinical study.

Aptose's results included only limited information. The company said that the study has completed three dose levels with no drug-related severe adverse events reported so far. 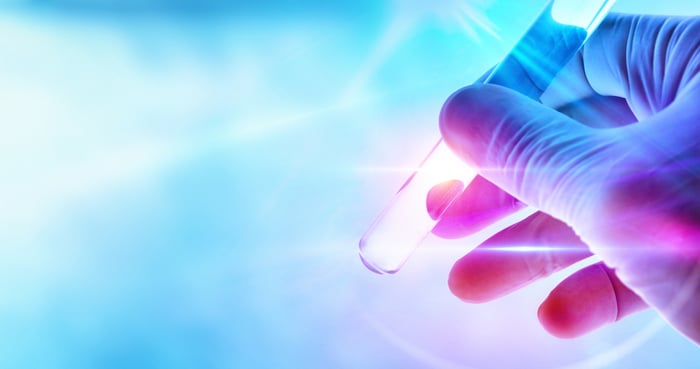 Investors seem to have been disappointed, though, that Aptose didn't reveal much in the way of how effective CG-806 has been in the early-stage study. The company did, however, state that its experimental drug "demonstrates favorable steady state pharmacokinetics," and that phospho-BTK antibody levels were lowered after exposure to plasma from the first patient and were completely abrogated with plasma from the second patient, which hints at the possibility of efficacy.

Aptose plans to present new data from higher dose cohorts at a future medical conference. The early-stage study evaluating CG-806 is expected to wrap up in late 2020.

The next key catalyst for the biotech stock could take place as early as next week. Aptose is scheduled to provide its first-quarter update on May 5.

Could This Cancer Drug Developer’s Stock Make You Rich?