Hopes emerge for a "Great Reopen" to follow the "Great Lockdown."

It's a modestly up day on Wall Street Monday, but certain stocks are up a whole lot more than others. Investors appear particularly enthusiastic about retail clothiers, for example, with the following four notching big gains: 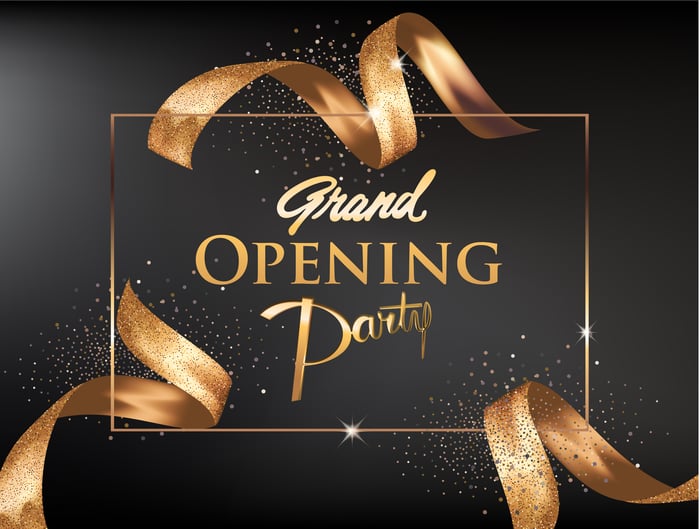 Why these four retailers in particular? Excellent question. Next question, please.

I jest of course, but only in part. Surveying the news feeds, it turns out there isn't any actual news to explain why these four retail clothing stocks in particular would be doing so very well today. And yet, if you pull back the camera a bit, there may be a reason why retail stocks in general should be performing well.

Specifically, the drumbeat of taxpayers demanding that the U.S. economy open up again after more than a month of coronavirus-inspired lockdowns is picking up. Last Friday, Oklahoma began allowing hair and nail salons, pet groomers, and spas to reopen. On Monday, the state of Georgia began slowly reopening its movie theaters, restaurants, hair salons, gyms, bowling alleys, and tattoo parlors, according to MarketWatch. New York Governor Andrew Cuomo is hoping to "unpause" the New York state economy on May 15 -- and Vice President Mike Pence thinks the COVID-19 crisis will be largely "behind us" by Memorial Day on May 25.

All of this sounds like good news for folks who are hoping to see the economy emerge from its Great Lockdown to enjoy a "Great Reopen," in which workers can resume earning paychecks -- and spending them on discretionary consumer goods.

Still, a few words of caution are in order: None of the above examples of businesses reopening refer to clothing stores in particular. More broadly, while some government officials are talking about the economy beginning to open gradually, others -- Dr. Deborah Birx in particular -- are still cautioning that the phenomenon of "social distancing will be with us through the summer."

In the most optimistic scenario, therefore, this suggests we still have at least three to four months more of folks being largely confined to their homes, and even when they do go out shopping, doing so in smaller numbers than they did before this pandemic broke out. That doesn't bode well for a return to retailers' former levels of revenue and earnings returning anytime soon.

You wouldn't know it from how stock prices are performing today, but we're not out of these woods yet.