Please ensure Javascript is enabled for purposes of website accessibility
Log In Help Join The Motley Fool
Free Article Join Over 1 Million Premium Members And Get More In-Depth Stock Guidance and Research
By Rick Munarriz - Apr 28, 2020 at 10:45AM

The world's largest cruise line operator has been drifting higher these days, but there are some good questions that every bull should be asking.

You may or may not enjoy cruise vacations, but there's a good chance that you're considering cruise stocks for your portfolio. Shares of Carnival (CCL 1.97%) (CUK 3.04%) have surrendered 75% of their January highs. Smaller rivals Royal Caribbean (RCL 1.09%), and Norwegian Cruise Line Holdings (NCLH 1.89%) have also tumbled at least 70% since peaking three months ago.

Is Carnival a bargain or a value trap? Let's put your bullish considerations to the test. Let's go over five question that a potential investor should ask to assess the risks and potential rewards of buying into the world's largest cruise line operator. 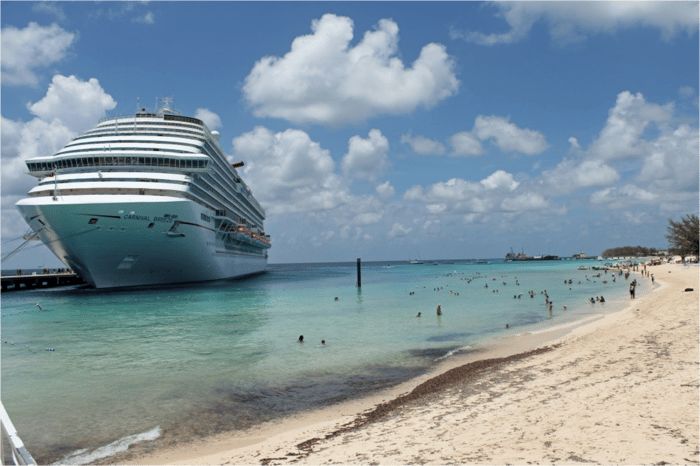 Carnival's fleet is on hold right now. It has canceled all sailings through and including June 26, with some specific itineraries zeroed out until the end of October. And this isn't the final word. Carnival, Royal Caribbean, and Norwegian have been pushing out their resumption dates every couple of weeks, and Carnival's last update came more than two weeks ago.

If your model expects Carnival to be back to business as usual in two months just because that's the current official stance, you may want to keep an eraser around. The chance of any Carnival ship setting sail with passengers on June 27 is slim. Summer sailings may prove challenging, but take comfort in knowing that the question is when, and not if, Carnival starts generating revenue again.

2. How big are the legal liabilities here?

If you haven't seen the scathing headlines of how cruise ships became floating petri dishes for COVID-19 and the ensuing wave of infections and fatalities, you may want to dig a little deeper on that front. Lawsuits are coming from the sick and (perhaps more importantly) from the families of those who died.

The smart bullish counter here is that cruise lines carry insurance for this. The even smarter bearish counter is that even if this is the case, rates in the insurance industry are set based on actuary tables and loss probabilities. A lot of money will probably be paid out in the coming years. Even if the insurers are paying now, it will be the cruise lines paying later in the form of higher insurance rates.

3. When will passengers return to form?

Getting cruise ships back where they belong addresses the supply issue of the equation, but what about demand? Who will be on these boats? Potential first-time cruise passengers are probably on the fence these days, and for some, the choice isn't even up to them. Some cruise lines are now requiring anyone over 70 (a large chunk of this industry, particularly during the slow season that is dominated by retirees) to have a physician confirm that they have a clean bill of health before sailing.

There will be deals to be had, and naturally that addresses the industry's near-term profitability because even bargains might not be enough. Folks on canceled sailings are being offered future travel credits for more than they paid if they don't ask for cash refunds. Most of Carnival's passengers have asked for refunds anyway.

The iffy state of the economy will probably also weigh on how many people can afford even a cruise deal in the future. The industry may have to hold back on some of its ships to address the lack of near-term demand, and even Carnival has suggested that it may have to space passengers out with more empty cabins to keep up with social distancing.

All three cruise lines are highly leveraged, and that makes any interruption a financially crippling situation. Carnival has been the most successful in lining up billions in financing to see it through the next few dry months, but it will come at a price.

Debt that was raised at a nearly 12% rate translates into an increase in interest payments that will weigh on profitability. Carnival also sold new shares that increase the number of shares outstanding. There was also convertible debt, where it gets squeezed on both ends in terms of lower interest at the expense of conversion to stock if Carnival appreciates by 25% (which has already happened at current levels). In short, even if Carnival's operating profit returns to where it was when the industry was booming last year in a decade-long economic expansion, it would be worth less on a per-share basis with the increase in debt and outstanding shares.

Every consideration should end with this question. If you have been able to answer the first four questions to your own satisfaction, is this still the best place for your money? The airline industry has been hit nearly as hard as the cruise line stocks, and it has a clearer flight path to recovering.

Even within the cruise line industry, is Carnival the best bet? Royal Caribbean has held up slightly better than its two peers during this downturn, and it routinely commands the highest margins of the three major players.

There is ridiculous upside to Carnival's stock if the industry's largest player can return to its former glory, but there are a lot of obstacles and question marks. If you are not a high-risk investor (and if you're not patient), you may want to consider some of the market's top stocks to buy instead.