Shares of Abiomed (ABMD 0.09%), a maker of medical devices that improve heart function, soared after the company announced the acquisition of a company that has developed a portable artificial lung and also reported better-than-expected earnings for its fiscal fourth quarter. In addition, the company reported that its implantable heart pump had been successful in helping a pair of critically ill COVID-19 patients survive the disease.

Abiomed has acquired Breethe, a private company that has developed a compact extracorporeal membrane oxygenation (ECMO) system -- an artificial lung for patients suffering from cardiogenic shock or respiratory failure. Abiomed believes the acquisition will complement its Impella heart pump product by supporting heart failure patients whose lungs can no longer provide sufficient oxygenation, including patients with viral diseases such as COVID-19. Terms of the deal were not released. 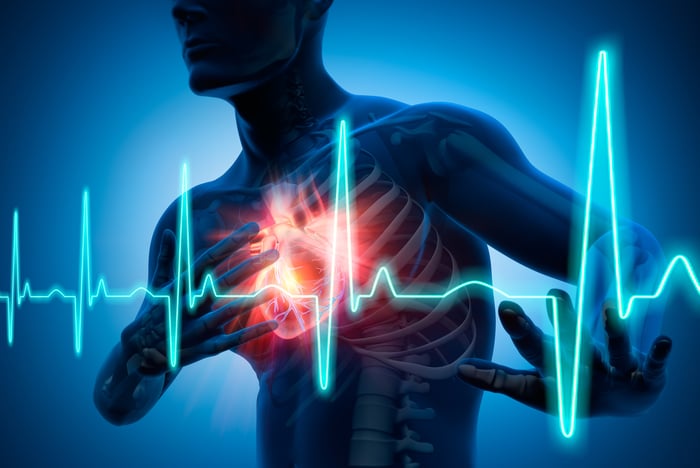 Revenue in the quarter was flat year-over-year at $207 million, but would have been up about 8% without the effect of the pandemic on the company's business in March. Earnings per share, excluding an unrealized investment loss and a tax benefit, fell 8% to $0.98, which beat analysts' consensus estimate of $0.94.

Abiomed described on the conference call how its Impella heart pump had saved the lives of two critically ill COVID-19 patients who had developed cardiovascular complications due to severely affected lungs. The company believes that wider use of Impella in COVID-19 patients could save lives by stabilizing such patients while antiviral treatments take effect.