Please ensure Javascript is enabled for purposes of website accessibility
Log In Help Join The Motley Fool
Free Article Join Over 1 Million Premium Members And Get More In-Depth Stock Guidance and Research
By Dan Caplinger – Apr 30, 2020 at 7:06AM

After an amazing decade in the 2010s, the beauty salon and products retailer has hit the skids. Should investors worry?

The most successful companies identify trends before their rivals do and then take maximum advantage of them. In the beauty industry, Ulta Beauty (ULTA -2.33%) executed that strategic plan to perfection in the 2010s, capturing consumer demand for beauty products by offering in-store salon experiences that helped boost sales while giving customers everything they wanted under one roof.

Even before the coronavirus pandemic hit, though, Ulta had seen its growth slow. Now, temporary store closures have put Ulta in the same unprecedented situation as most of its retail peers, and share prices have reacted accordingly. Despite its strong history of success, Ulta has some investors fearing what the future will bring.

Now's a good time to take an objective look at Ulta Beauty to see whether it has what it takes to recover amid all the uncertainty. 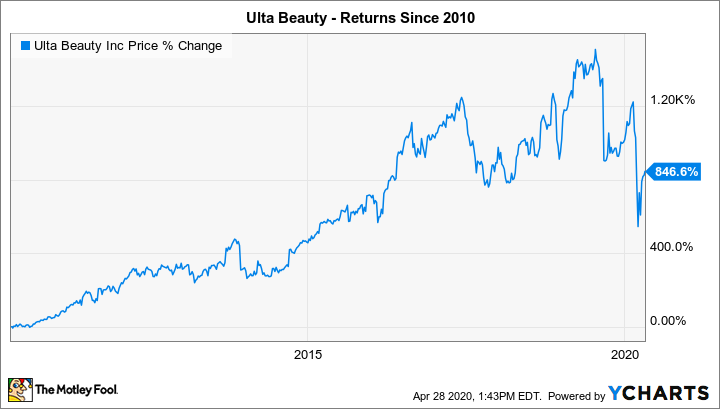 What made Ulta Beauty shine

Ulta Beauty successfully tapped into key beauty trends during the 2010s that helped bolster its growth. Companies that merely sell cosmetics found themselves with eroding competitive advantages, because most of the moat that cosmetics makers are able to produce comes from their efforts to build up their brands. Meanwhile, the beauty salon industry was highly fragmented, with many salons being locally owned businesses that lacked any of the benefits of economies of scale.

Within that environment, Ulta found itself with a major growth story. The company aggressively expanded its store count to build a footprint across the U.S., building up brand awareness at the same time it gave itself an earnings boost. With its in-store salons, Ulta gave customers reasons to come back into its stores on a regular basis.

That proved to be a vital defense against e-commerce, because while internet-based sellers could sell cosmetics at favorable prices, they couldn't provide the in-store experience that so many loyal Ulta customers appreciated. Stock prices soared in response, putting Ulta among top performers during the period. 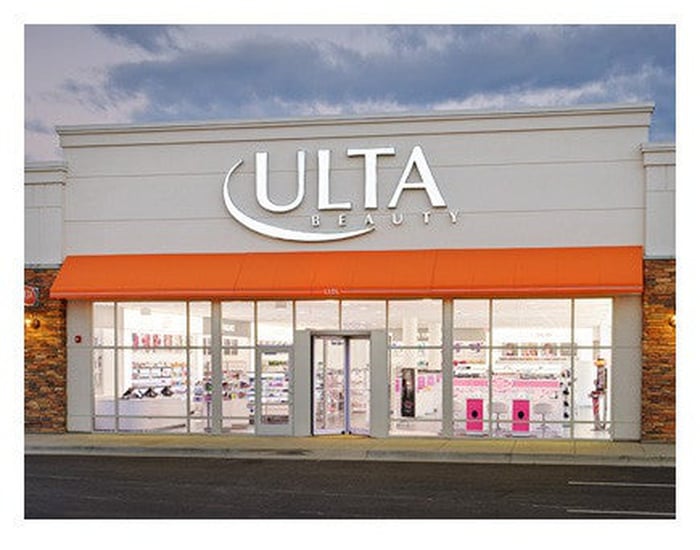 Even before the coronavirus outbreak, though, Ulta was facing the same challenges all high-growth stocks eventually face. In 2019, growth rates in revenue and earnings slowed considerably, raising fears among investors that the company's best days were behind it. Despite CEO Mary Dillon's best efforts with its loyalty reward program and other initiatives to spur more customer visits, Ulta's weaker guidance spooked many shareholders who were concerned not just with the company, but with the cosmetics industry more broadly.

Ulta celebrated a solid holiday season, but that reflected activity before the coronavirus outbreak hit. Now, Ulta's dealing with an even tougher situation. Its stores remain closed, so the retailer is relying entirely on online sales to keep moving forward. Ulta has put its store expansion plans largely on hold temporarily as it waits to see what the eventual outcome of the pandemic will be. Further cost-saving moves include hiring freezes, putting off planned wage boosts, carrying less inventory, and discontinuing stock buybacks.

Will Ulta be beautiful again?

Ulta shares have bounced back from their worst levels during the coronavirus-provoked bear market. Investors hope that lockdowns will be brief and allow customers to get back into Ulta stores as quickly as possible, ideally with pent-up demand that could bring a boost in sales.

Yet there's still a lot of uncertainty. Customers who lost their jobs or face other economic hardships might not be able to spend again quickly, slowing the rate of Ulta's recovery.

Ulta shares now trade at less than 20 times earnings, and although most investors expect a substantial contraction in profit in the current year, they see Ulta's bottom line returning to previous levels the year after that. That hardly makes the company a bargain right now, but it does give those who were already interested in investing in the beauty salon and products retailer a chance to get into the retail stock at a more attractive price than they saw just a few months ago.