Three companies will help to develop the landing system for the first woman and next man to walk on Earth's rocky neighbor.

In another step toward sending humans back to the moon in 2024, more than 50 years after the last visit in 1972, NASA announced that three companies, SpaceX, Blue Origin, and Dynetics, will design and build the landing system for the space agency's Artemis program. The combined value of the firm-fixed price, milestone-based contracts is $967 million.

While SpaceX is designing the Starship, a lander which relies on the company's Super Heavy rocket, Blue Origin and Dynetics, a wholly owned subsidiary of Leidos Holdings (LDOS 0.25%) both intend to design landers which rely on the Vulcan, the launch system developed by United Launch Alliance, a joint venture of Boeing (BA 0.94%) and Lockheed Martin (LMT 0.49%). 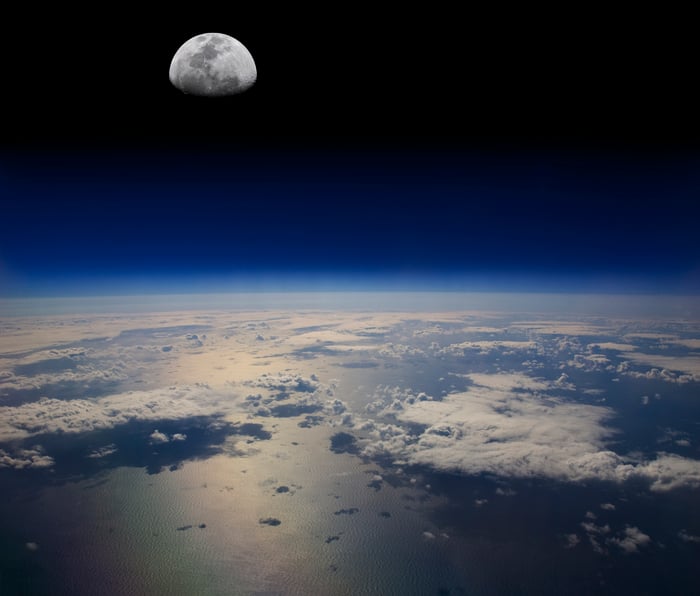 Expressing optimism about the collaboration between NASA and the companies, Lisa Watson-Morgan, program manager of Human Landing Systems at NASA's Marshall Space Flight Center in Huntsville, Alabama, said, "I am confident in NASA's partnership with these companies to help achieve the Artemis mission and develop the human landing system returning us to the Moon."

Over the next 10 months, NASA will be embedded with the three companies as they design their landers' systems. In addition to providing insights regarding the design and testing of the systems, personnel from Human Landing Systems will assist in providing expertise regarding risk reduction.

After returning humans to the moon, NASA has other aspirations for the lunar surface, including the construction of living quarters, building a new rover, and exploring the viability of new power systems -- all activities which will help in the ultimate goal of human exploration of Mars.