Please ensure Javascript is enabled for purposes of website accessibility
Log In Help Join The Motley Fool
Free Article Join Over 1 Million Premium Members And Get More In-Depth Stock Guidance and Research
By Rich Smith – May 1, 2020 at 2:29PM

It's a big win for Lockheed Martin's most profitable business.

The Defense Department announced this contract in the Pentagon's daily digest of contracts awarded to its defense contractors Thursday evening, stating the value of the contract as $6.068 billion and the U.S. Army as the service ordering the missiles. 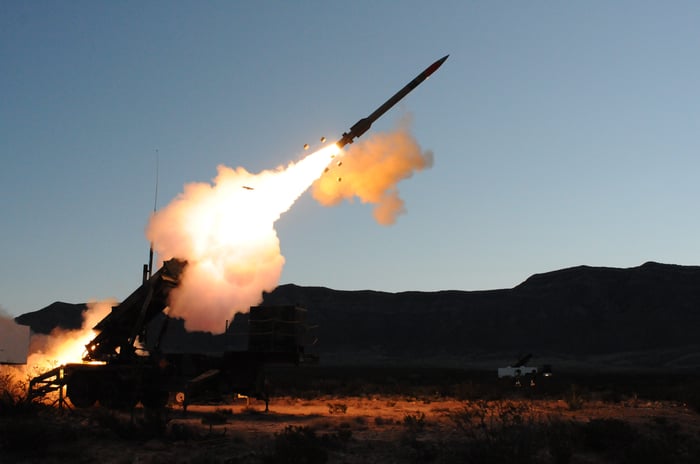 In a subsequent press release, Lockheed Martin advised that the missiles in question will be delivered to the Army "across FY21, FY22 and FY23 contract years." The Pentagon stated, however, that the "estimated completion date" of the contract is June 30, 2027.

Missiles and Fire Control is Lockheed Martin's smallest major business subdivision, with annual sales of $10.6 billion, according to data from S&P Global Market Intelligence. It is also, however, Lockheed Martin's most profitable business division, generating operating profit margins of 13.5%