Please ensure Javascript is enabled for purposes of website accessibility
Log In Help Join The Motley Fool
Free Article Join Over 1 Million Premium Members And Get More In-Depth Stock Guidance and Research
By Lou Whiteman – May 1, 2020 at 1:53PM

FedEx workers are joining in a nationwide May Day walkout.

Shares of FedEx (FDX -1.07%) fell more than 5% on Friday as the shipping and transport giant was among the targets of a nationwide one-day strike protesting worker safety during the COVID-19 pandemic.

FedEx falls into a category of companies that have seen parts of their business increase due to the pandemic, with consumers increasingly turning to online orders for their basic staples in response to government advisories to stay at home. FedEx says it has prioritized the safety of its workers and is taking added steps to try to keep its facilities clean and virus-free, but for at least some workers, apparently the company is not doing enough. 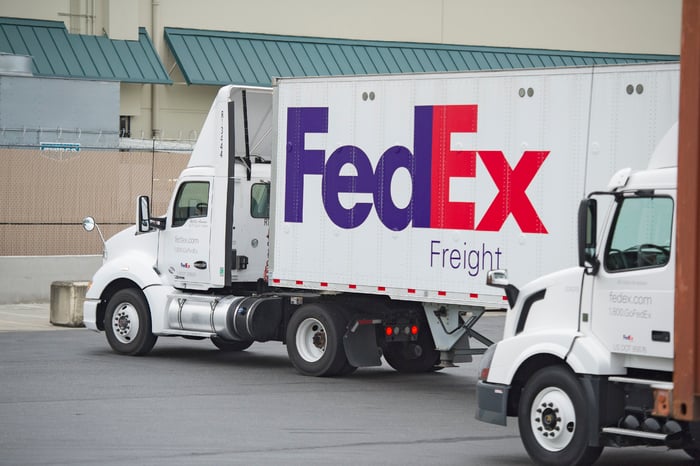 A national coalition of workers from FedEx, Amazon.com, and Walmart, among others, have organized to call attention to work safety, according to The Intercept. The employees will call out sick or walk off the job during their lunch breaks on May 1, a traditional day to honor worker rights.

Most of the companies targeted are also frequent targets of labor organizing campaigns, and investors could be reacting because this is unlikely to be a one-day protest. With front-line worker complaints about warehouse and distribution safety getting a fresh spotlight due to the pandemic, the momentum to unionize different sectors of the economy could build even after the virus is contained.

In the near term, the protestors have a list of demands that could potentially incrementally add to costs at FedEx in the quarters to come, including compensation for unpaid time off, hazard pay or paid sick leave through the duration of the pandemic, and added protective equipment.

Over the longer term, the employer/employee dynamic at companies such as FedEx could be forced to change as a result of the pandemic. That's not necessarily a bad thing, and a lot of companies -- including FedEx rival United Parcel Service -- have survived and thrived with heavily unionized workforces. But Wall Street tends to be resistant to change, and the high-profile Friday demonstrations seem to have spooked FedEx investors.