Please ensure Javascript is enabled for purposes of website accessibility
Log In Help Join The Motley Fool
Free Article Join Over 1 Million Premium Members And Get More In-Depth Stock Guidance and Research
By Adam Levy - May 2, 2020 at 12:00PM

The success of premium video on demand has studios weighing their options.

The premium video on demand, or PVOD, release netted Comcast's (CMCSA 0.00%) Universal Pictures $77 million in the three weeks of its release, according to a report from The Wall Street Journal. That's the equivalent of about $154 million in gross box office receipts, which is coincidentally the same amount the original brought in during its five-month domestic run.

The success of the PVOD release has NBCUniversal chief Jeff Shell considering his options. "The results for Trolls World Tour have exceeded our expectations and demonstrated the viability of PVOD," he said. "As soon as theaters reopen, we expect to release movies on both formats."

While the success of Trolls World Tour may have come partially as a result of unusual circumstances, it shows that film studios will be able to survive just fine without theaters. On the other hand, there's no viable business for theater owners without films. 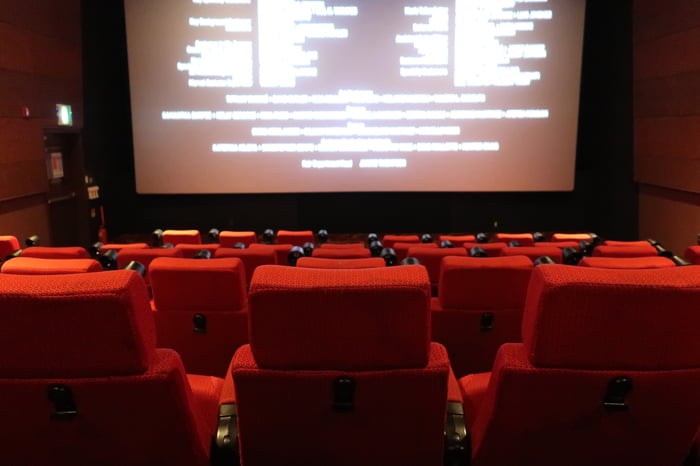 Find somewhere else to park your fast cars and dinosaurs

Universal postponed some films that it expected to see big ticket sales at the box office. The ninth installment of the Fast and Furious franchise was pushed from this summer to next year. After its predecessor brought in over $1 billion globally, it's probably a smart move. It also has strong expectations for next year's Jurassic World installment.

Of course, box office sales may be closer to $0 if none of the major theater chains are willing to show Universal Pictures. That would surely be a loss for Universal but perhaps not as big as it looks at face value. Surely, it would mitigate that impact with PVOD releases, just as it did with Trolls. Moreover, competition would very likely pounce on the opportunity to offer in-demand films that AMC isn't.

For AMC Entertainment, though, its ability to mitigate the impact of not showing a massive blockbuster isn't as great. It could use the screens that would've shown the Vin Diesel action flick or CGI dinosaurs to show another film, but it could find itself with more limited options these days.

Will AMC ban every major studio?

Universal isn't the only studio considering more direct-to-home releases for at least part of their portfolio. Disney (DIS -1.13%) turned its upcoming Artemis Fowl release into a Disney+ exclusive. AT&T's (T -0.38%) WarnerMedia will release a Scooby-Doo movie it had planned for this summer via PVOD before bringing the film to HBO Max.

In the future, studios may hold back smaller films from theatrical releases and distribute them directly to their respective streaming services. While they would miss out on box office revenue, they also wouldn't have to spend any money marketing the films, and it would increase the attractiveness of Disney+, HBO Max, or Peacock, which are key parts of the media companies' strategies going forward.

Meanwhile, those three will surely be able to withstand the pressure from theaters like AMC. Not only do they have direct-to-consumer options, but they're owned by large corporations with strong cash flow and relatively diversified businesses.

AMC doesn't have a business without films. It's already considering bankruptcy. It can't afford to refuse Universal Pictures or any other studio's films when it opens its doors again.