Please ensure Javascript is enabled for purposes of website accessibility
Log In Help Join The Motley Fool
Free Article Join Over 1 Million Premium Members And Get More In-Depth Stock Guidance and Research
By Rick Munarriz - May 2, 2020 at 5:00PM

Just when you thought things couldn't get any worse for Carnival (CCL 1.33%) (CUK 1.46%), Royal Caribbean (RCL 0.96%), and Norwegian Cruise Line Holdings (NCLH 2.91%) -- toiling away in what will probably be the last industry to be back in business after the pandemic passes -- the negative headlines keep coming. Carnival stock tumbled 12% on Friday, after a House committee sent the world's largest cruise line a letter taking it to task for its marketing practices. Shares of Royal Caribbean and Norwegian took even bigger hits.

The waves didn't calm down after the end of trading. In a scorching Miami Herald piece on Friday night, the publication accused Royal Caribbean of misleading its crew members. It obtained recordings in which captains on several of the cruise line's ships were telling their stranded employees that Royal Caribbean wasn't to blame for the inability to repatriate the crew members back home. An earlier Miami Herald piece claimed that cruise executives were refusing to sign the necessary agreements with the U.S. Centers for Disease Control and Prevention (CDC) to get crew members off the ships. 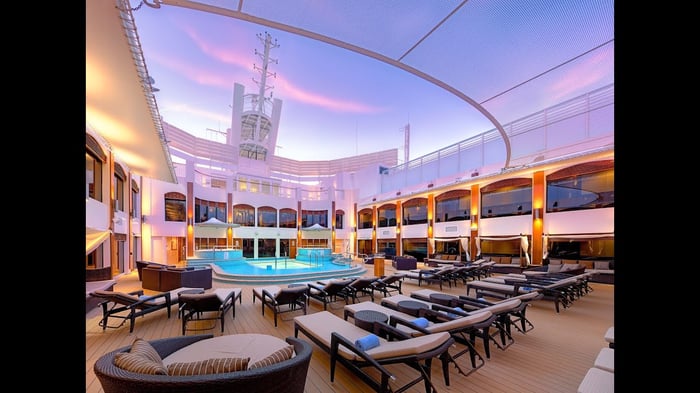 About 100,000 crew members have been stuck on cruise ships since the industry shut down seven weeks ago. Given the high COVID-19 infection rates on cruise ships, it's easy to see why the CDC wants to keep these homesick crew members off commercial flights home. The standoff, reportedly, is which party takes responsibility for the repatriation via private or chartered transport.

This may be a "he said, she said" disagreement, but it's hard to see how the cruise lines come out ahead. Even if they are eventually vindicated, the damage has been done. Passengers and now crew members don't trust Carnival, Royal Caribbean, and Norwegian to keep them safe.

Cruise lines aren't likely to begin sailing with paying customers anytime soon, but there's never a good time to have several scandals simmering at the same time. Congress is looking into how open the industry has been about communicating coronavirus risks to its passengers, and now there's a published report suggesting that at least one cruise line is potentially keeping its crew members in the dark.

Trust is a tricky thing, and losing it can prove costly. Passengers and crew members are likely be launching litigation in the coming months, if not years. The clear skies of 2019 are gone, and we probably haven't seen the last of the storm clouds. Carnival, Royal Caribbean, and Norwegian have started to bounce back since their shares bottomed out in mid-March, but none of these three companies is getting any closer to turning the corner.

Investors need to ask the right questions if they want to stay in these stocks or initiate new positions. None of the near-term changes coming to the cruise line industry will be financially positive, and that's before considering the likely economic funk that waits at the other end of this pandemic. Investors may want to wait for some bullish stories to see the light of day before committing to Carnival, Royal Caribbean, and Norwegian as potential turnaround candidates -- but for now that just doesn't seem to be in the cards.