Please ensure Javascript is enabled for purposes of website accessibility
Log In Help Join The Motley Fool
Free Article Join Over 1 Million Premium Members And Get More In-Depth Stock Guidance and Research
By Keith Noonan - May 2, 2020 at 11:09AM

The tech giant's stock is up roughly 37% over the last year, while the S&P 500 index has slid approximately 3% across the same stretch.

Apple's share price (AAPL -0.14%) climbed 15.5% in April, according to data from S&P Global Market Intelligence. The stock slid roughly 7% in March's trading due to mounting concerns about the novel coronavirus, but shares recovered last month amid momentum for the broader market and some promising business-specific news. 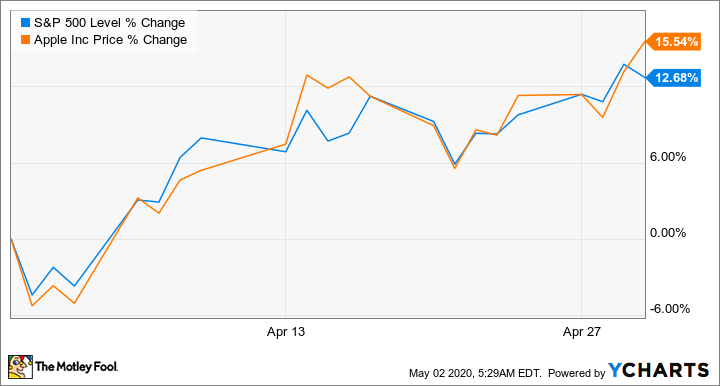 Apple published a press release on April 15 unveiling the second-generation iPhone SE. Reports also emerged that that the tech giant is also looking to accelerate its transition to using internally produced chips for its Mac computers. 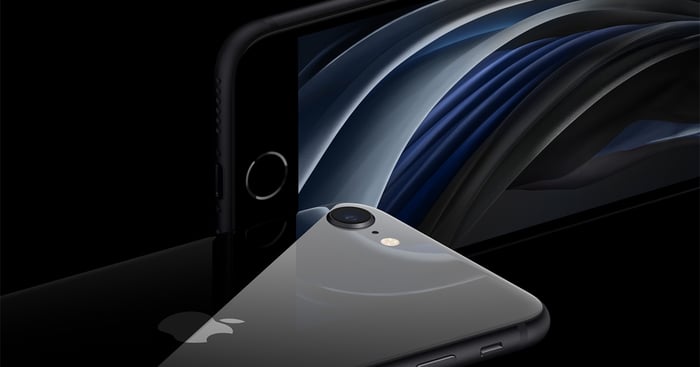 Apple started taking pre-orders for the new iPhone SE on April 17, and then launched the phone on April 24. The new SE has a 4.7-inch display, the best single-camera technology featured in an iPhone to date, and launched at a starting price of $399. The recently released phone serves as the company's new entry-level model in the iPhone family, and is powered by the internally designed A13 Bionic chip that's also at the core of the iPhone 11 line.

Bloomberg also published a report on April 24 indicating that Apple is gearing up to have next year's Mac computers built on internally designed chips instead of processors from Intel. Apple's interests have becoming increasingly at odds with those of component providers including Intel and Qualcomm in recent years, and the consumer hardware giant could benefit greatly from relying on its own semiconductors if the chips perform at a high level.

Apple reported second quarter results after the market closed on April 30. The company's stock fell roughly 1.4% in the next day of trading -- a session that also saw significant sell-offs for the broader market. 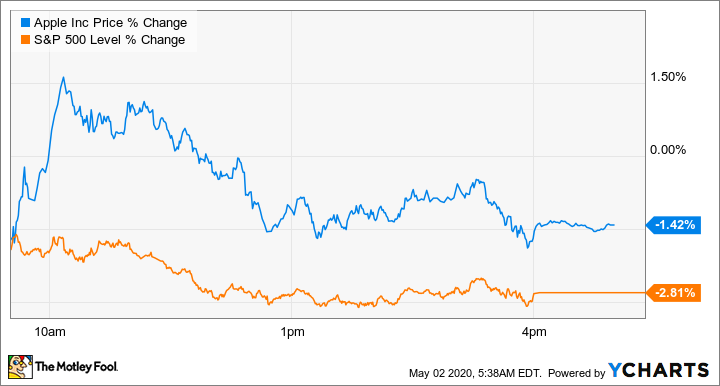 Apple's revenue in the second quarter climbed roughly 1% year over year to reach $58.3 billion, and earnings per diluted share climbed 4% to hit $2.55. iPhone sales fell roughly 7% year over year, but growth for the company's services and wearables segments helped power performance in the period. International sales accounted for 62% of the quarter's revenue.

Apple opted not to issue guidance for the third quarter due to uncertainty stemming from the novel coronavirus pandemic, but the company's shares trade at roughly 23.5 times the average analyst target for this year's earnings.