Please ensure Javascript is enabled for purposes of website accessibility
Log In Help Join The Motley Fool
Free Article Join Over 1 Million Premium Members And Get More In-Depth Stock Guidance and Research
By Rich Duprey - May 3, 2020 at 12:48PM

The meal kit delivery company expects to see a big uptick in its business because of the widespread lockdowns, but will it last?

Not even the allure of easy home-meal delivery during a nationwide pandemic was enough to make a significant difference for Blue Apron (APRN -0.81%).

Although the meal kit company did report sequential growth in new members and orders in the first quarter, they were relatively small gains, and the results were still much worse than the year-ago period. Revenue also fell short of analysts' expectations. 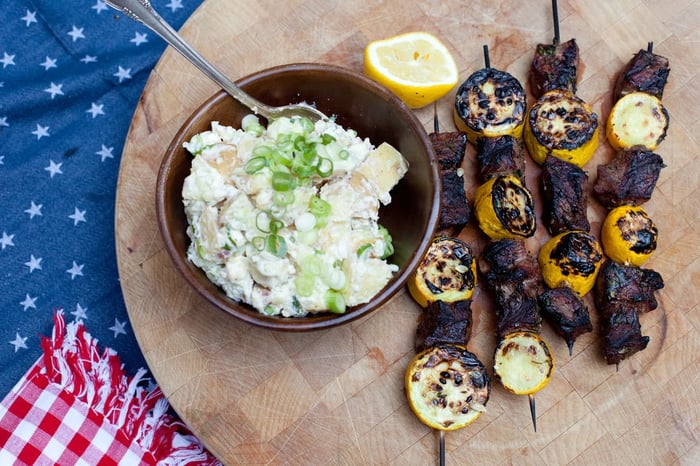 Blue Apron should have done much better. A few businesses were perfectly positioned to capitalize on a country in lockdown with the competition hamstrung by social-distancing restrictions, but it does not seem to have paid off for the meal kit delivery company yet.

The market expected more from the latest report, as the stock had surged 500% from year-to-date lows as the stay-at-home orders rolled out across the U.S., and restaurants were forced to close unless they offered takeout or delivery.

Such measures should have served as a strong tailwind for Blue Apron, which management also thought would be the case. The company increased its marketing spend during the quarter to $15 million, or 14.8% of net revenue, compared to $14.2 million, or just 10% of net revenue, in the year-ago period.

Blue Apron is able to attract a lot of customers when it advertises its service, but the acquisition costs are expensive and unsustainable. Customer churn is high and whenever it reduces marketing, subscriber counts fall.

The company has purposely reduced the amount of money it spends on marketing, having made the conscious decision to operate at a smaller scale that served its loyal customers who spend the most with the company rather than trying to grow. However, the pandemic gives Blue Apron a unique opportunity to attract new diners that might stay with the service once the crisis passes.

Management is guiding for the second quarter to deliver year-over-year sales growth in the high single-digit range, or approximately $130 million of revenue. That is a stark reversal from recent trends, and net losses should come in at no more than $6 million, down from the $7.7 million loss reported last year. Blue Apron also expects adjusted EBITDA and operating cash flow to be positive at approximately $5 million and $10 million, respectively.

Working with blinders on

The problem is that management believes this reversal is sustainable. I previously wrote that investors should see whether management acknowledged this would be a one-off event, and Kozlowski's comments seem to indicate she does not.

Pointing to the increase in business Blue Apron has seen so far, she said: "[W]e expect that this uptick in demand can be maintained beyond the period of direct impact of COVID-19, even as restrictions begin to be lifted."

Her confidence is based on consumers maintaining their new eating habits after the crisis passes, that they will become "new economic and social norms." She also believes dining out at restaurants may be forever changed, and those establishments may no longer be able to operate how they did before, which will benefit Blue Apron.

The real return to norms

Unfortunately for shareholders, this hope is likely misplaced. Consumer surveys suggest one of the first things many people want to do when social-distancing restrictions ease is go out to patronize local businesses, including restaurants. But more importantly, meal kit delivery remains a very inefficient way to supply customers with regular meals.

Such selective offerings will continue to struggle to compete with supermarkets, including those that offer their own meal kits, like Walmart, which has seen massive growth both in-store -- despite various restrictive measures imposed -- and online.

There is no reason to suspect customers will want to remain with Blue Apron after trying the service any more than they did before the pandemic. Food selection is still on the meal kit company's terms, and as a high-cost offering relative to the grocery store (where consumers still have to shop regardless), it's not a daily option for most consumers.

Blue Apron stock is down 47% since the release of its earnings report, but shares are still 220% above the low point they reached before the coronavirus outbreak hit in earnest.

Investors should have every expectation that once this crisis is behind us, rather than sustaining its upward trajectory, Blue Apron will revert to the mean, and its stock will return to those lows once again.