Please ensure Javascript is enabled for purposes of website accessibility
Log In Help Join The Motley Fool
Free Article Join Over 1 Million Premium Members And Get More In-Depth Stock Guidance and Research
By Eric Volkman – Updated May 4, 2020 at 8:10AM

The alcoholic beverage maker has been steadily increasing its share of the cannabis company since late 2017.

This was effected through a set of warrants Constellation received in late 2017, when it first began investing in Canopy Growth. At the time, it purchased a roughly 9.9% stake in the marijuana company, a level that has steadily grown since then. With its latest move, Constellation owns 38.6% of Canopy Growth's issued and outstanding common shares. 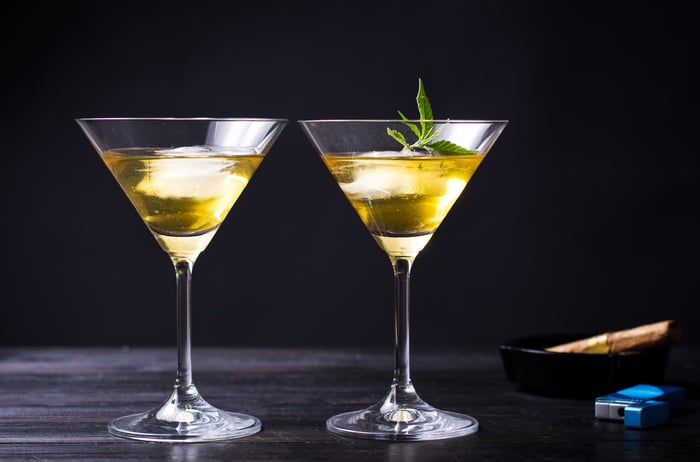 Constellation, through a fully owned subsidiary, exercised nearly 18.9 million warrants at a price of just under 12.98 Canadian dollars ($9.21) apiece, for a total of around CA$245 million ($174 million).

It still has the power to lift that much higher, as it continues to hold a large portfolio of warrants in the marijuana company. Following this new investment, it has nearly 139.75 million of them; if all were exercised, Constellation would own about 55.8% of Canopy Growth.

"While global legalization of cannabis is still in its infancy, we continue to believe the long-term opportunity in this evolving [marijuana] market is substantial," Constellation said in the press release.

"Canopy is best positioned to win in the emerging cannabis space, and we are confident in the strategic direction of the company under David Klein and his team," it added, referring to the recently installed Canopy Growth CEO who was previously Constellation's CFO.

Both companies fell harder than the broader stock market on Friday, with Constellation dropping 1.9% and Canopy Growth sliding by 4.6%.