Please ensure Javascript is enabled for purposes of website accessibility
Log In Help Join The Motley Fool
Free Article Join Over 1 Million Premium Members And Get More In-Depth Stock Guidance and Research
By Leo Sun – May 5, 2020 at 12:00PM

Which tech giant is a better investment in a crisis-stricken market? 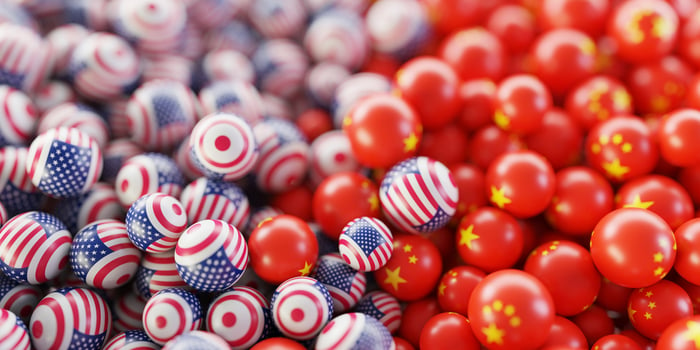 I personally own stakes in both Tencent and Apple, and I believe both companies remain great long-term investments. Tencent will continue to profit from the growth of China's gaming, cloud, payments, and media streaming markets, while Apple will leverage its brand appeal to launch new hardware products and subscription services.

Over the past five years, Tencent's stock rallied about 150% as Apple's stock rose 130%. So will Tencent continue outperforming Apple over the next five years? Let's dig deeper to find out.

How do Tencent and Apple make money?

Last quarter, Tencent generated 29% of its revenue from video games, 28% from its fintech and business services unit, and 19% from online ads. The rest came from other businesses and investments in a long list of domestic and overseas companies.

Its fintech and business service unit generates most of its revenue from Tencent Cloud, the second-largest cloud platform in China after Alibaba (BABA 1.18%) Cloud, and WeChat Pay, which holds a near-duopoly in the digital payments market with Alibaba-backed AliPay. Its ad business sells ads on WeChat, its other apps, and its streaming video platform Tencent Video. 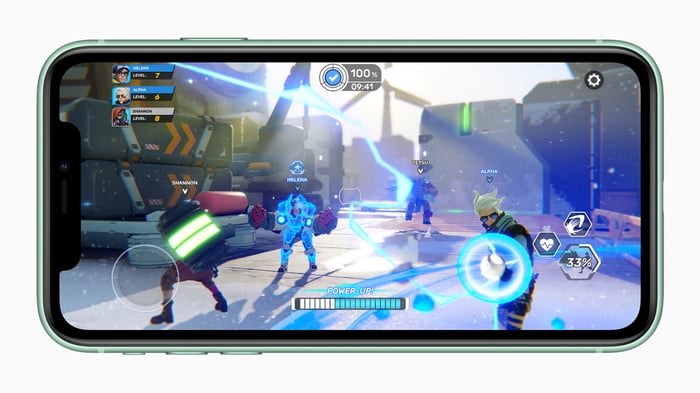 Apple led the global smartphone market with a 20% share in the fourth quarter of 2019, according to IDC. IDC also ranks Apple as the leader of the crowded wearables market, while its Macs rank fourth in the PC market, according to Canalys.

Apple Music topped 60 million subscribers last year, and Ampere Analysis estimated that Apple TV+ was already streaming content to 33.6 million U.S. subscribers at the end of 2019. That expansion, which leverages Apple's brand appeal and ability to lock users into its walled garden, could gradually reduce Apple's dependence on the iPhone.

How fast are Tencent and Apple growing?

Tencent has generated much stronger revenue growth than Apple over the past five years.

Tencent's business is less cyclical than Apple's, which relies heavily on users upgrading their iPhones, iPads, and Macs. Those upgrade cycles are lengthening and forcing Apple to rely more heavily on its software and subscription services.

The three biggest threats to Tencent's business are Alibaba, its main rival in the cloud and fintech markets; ByteDance's TikTok/Douyin and Toutiao, which are pulling younger users away from WeChat and QQ; and Chinese regulators, which periodically tightened restrictions on its gaming, social networking, and news services.

Tencent's business is also better insulated from the COVID-19 crisis than Apple's. Tencent's growth in ad revenue should wane, but its gaming, cloud, and fintech businesses will likely benefit from lockdown and remote work directives.

Apple has struggled with supply chain and retail disruptions, but its iPhone sales could rise significantly later this year if it launches its 5G iPhone before the holidays. Its services revenue could also continue climbing as newer services like Apple Music, Apple TV+, and Apple Arcade attract more subscribers.

Investors should take analysts' estimates with a pillar of salt right now, since the full impact of the COVID-19 pandemic remains unclear.

That being said, analysts expect Apple's revenue and earnings to rise just 1% and 3%, respectively, this fiscal year (which ends in September), before accelerating to double-digit levels again next year. That outlook is encouraging, but Apple's forward P/E of 25 looks a bit frothy relative to those expectations.

Analysts expect Tencent's revenue and earnings to rise 21% and 15%, respectively, this year (which aligns with the calendar year), before accelerating next year. Its stock also isn't cheap at over 30 times forward earnings, but its resilience during the pandemic arguably justifies that premium.

I don't plan to sell my shares of Apple anytime soon, but Tencent is clearly the more compelling stock right now. It's less cyclical, less exposed to the COVID-19 crisis, better diversified, and generates stronger revenue and earnings growth than Apple.