Please ensure Javascript is enabled for purposes of website accessibility
Log In Help Join The Motley Fool
Free Article Join Over 1 Million Premium Members And Get More In-Depth Stock Guidance and Research
By Billy Duberstein – May 5, 2020 at 10:00AM

Disney is set to release its first-quarter earnings amid unprecedented challenges across its business.

The Walt Disney Company (DIS 3.17%) will release its March-quarter earnings today amid a huge amount of scrutiny. Disney is one of the most popular and beloved consumer brands in the world, but its vast entertainment empire is set to take a huge hit this quarter, and things will likely get much worse before they get better.

Shareholders should prepare themselves for some ugly numbers and even uglier projections. Still, with the stock down by about 33% from the all-time highs set back in 2019, at least some of the bad news is priced in. The question is, How much? 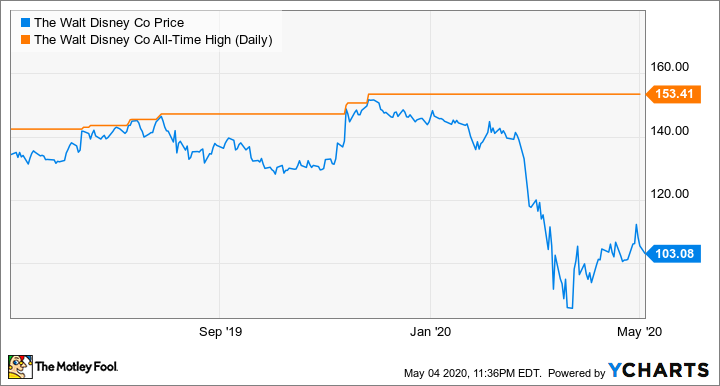 Here's what I'm watching and listening for when the House of Mouse reports today. 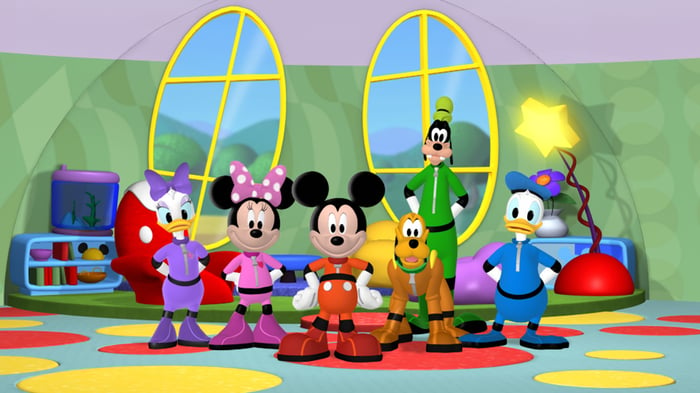 For the quarter, analysts are expecting 19.4% revenue growth to $17.81 billion, but a 45% decline in earnings per share to $0.88. The increase in revenue is due to the acquisition of Twenty-First Century Fox in late March 2019. While some of the decrease in earnings is due to coronavirus, the lower profit figures also come from increased interest expenses from the new Fox acquisition debt, as well as continuing losses at Disney's direct-to-consumer division, which is still investing heavily in content and marketing and won't be profitable until 2024, according to management.

Losses should get worse

Disney's U.S. parks were shuttered late in the quarter, so the company won't show the worst effects in today's results. I think it's unlikely management will provide concrete guidance, but if it does, investors should be prepared for losses across the entire enterprise next quarter. While it's possible Disney World could open as soon as next month, it could also be as late as next year. And Disneyland in California may stay closed for longer, as new cases haven't declined as much in California as they have in the Orlando area.

Disney won't feel the losses only in parks, experiences, and products -- its most profitable division. It will also lose studio entertainment revenue from the lack of theatrical film releases. And even with people quarantining at home, its media networks segment could suffer amid the blackout of live sports. Many pay TV distributors have reported first-quarter earnings in recent days, with most showing accelerating pay TV subscription losses. Live sports was the glue holding a lot of the pay TV bundle together, and Disney disproportionately benefits by having many consumers buy the expensive ESPN channel even though they might not watch much sports.

Basically, all of Disney's profit centers are in serious trouble right now, whereas its lone bright spot -- its direct-to-consumer segment, which includes Disney+ -- is still losing money.

Will one Bob be on the call, or two?

Interestingly, longtime CEO Bob Iger abruptly decided to retire from the CEO post in February, though he did pledge to stay on the board as executive chairman, overseeing big-picture creative activities as new CEO Bob Chapek stepped into the lead executive role.

However, amid the fallout from COVID-19, The New York Times (subscription required) recently reported Iger has effectively stepped back into an operational role, taking charge of big decisions amid the crisis. In an email to the Times, Iger wrote, "A crisis of this magnitude, and its impact on Disney, would necessarily result in my actively helping Bob [Chapek] and the company contend with it, particularly since I ran the company for 15 years!"

The Times article posted some grim statistics on layoffs and furloughs, which will number at least 100,000 people. Other cost cuts will likely be spelled out on the conference call, but it won't be enough to stem daily cash losses that will still likely be in the tens of millions for Disney.

However, there may be a long-term positive for shareholders, if the company can cut a lot of fat out of the organization. Management is apparently contemplating ending some old-school media industry practices, such as upfronts for ad buyers and funding lots of pilots that never air. Disney will look to run as a leaner organization, with less real estate and perhaps fewer employees, though Iger told the Times that those hiring decisions will be made by Chapek once the virus subsides.

In any case, investors should definitely listen to Chapek, Iger, or both as to how the company is adapting to the strange "new normal."

Two things are for sure: Disney remains a beloved brand, but its consumer discretionary business is going to suffer in 2020 and likely 2021. Therefore, long-term shareholders need strong stomachs to weather the rocky road ahead. However, once the virus subsides, I still think people will clamor to go to Disney World, watch sports on ESPN (either in the cable bundle or directly), and see Disney films, whether in theaters or at home. Those looking to buy Disney stock may not want to rush in just yet, but should prepare to pounce should there be a material pullback from here...which may very well happen.