Please ensure Javascript is enabled for purposes of website accessibility
Log In Help Join The Motley Fool
Free Article Join Over 1 Million Premium Members And Get More In-Depth Stock Guidance and Research
By Donna Fuscaldo – May 5, 2020 at 10:30AM

The timing for the launch of the new standalone VR headset is questionable given the supply chain disruptions caused by the pandemic.

Oculus, the virtual reality unit of Facebook (META -0.54%), is working on a new Quest VR headset that promises to be lighter, smaller, and faster.

Expectations had been that Facebook would have the replacement to the existing Quest headset ready for the holiday selling season, but with supply chain disruptions due to the pandemic, that could be pushed out to 2021, reports Bloomberg News. 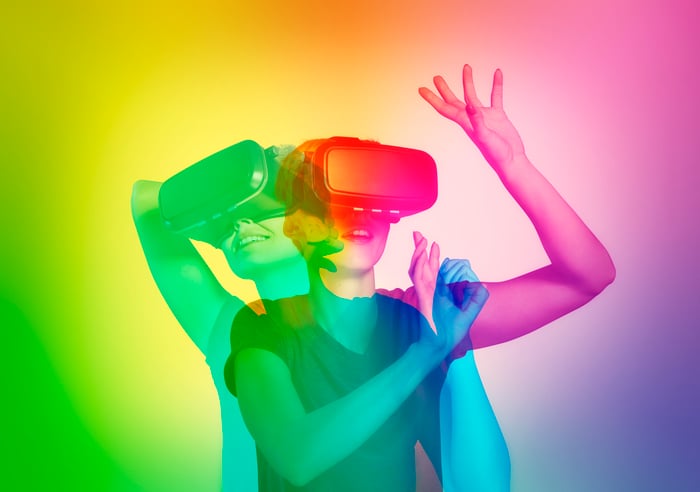 Sources told Bloomberg the tech stock is developing several models that weigh less, have a reduced size, and a better refresh rate that makes the experience more realistic. The unit hasn't made a final decision on which one will be brought to the market. The headsets in development are equipped with four cameras and support the ability for users to look all around. Facebook is reportedly fixing flaws with the controllers in the current model.

The Quest headset, which doesn't require a customer to hook up to a computer or mobile device, sells for $299. The device has been in demand during the pandemic as millions of people shelter at home.

During Facebook's first-quarter earnings conference call last week, CEO Mark Zuckerberg said demand for Quest has "surpassed our expectations," and the company wished they could make more of them at a faster rate during the pandemic. Zuckerberg acknowledged that the demand may not continue once the virus is contained, but for now, he's happy with the product's performance.

Back in 2014, Facebook made a $2 billion bet on Oculus, predicting the VR market would take off in a big way. That vision has failed to materialize so far, although the pandemic is helping with demand.