Please ensure Javascript is enabled for purposes of website accessibility
Log In Help Join The Motley Fool
Free Article Join Over 1 Million Premium Members And Get More In-Depth Stock Guidance and Research
By Jim Halley - May 5, 2020 at 9:09AM

The company is weathering a coronavirus-related shutdown, and a new purchase will help with diversification.

Medical device maker Abiomed (ABMD 0.83%) saw a high last week of $197.75 per share. The stock closed at $191.25 on Thursday, an improvement of 13% over Wednesday's closing price. Even after some slippage on Friday and Monday, the stock is still trading roughly $17 a share higher than it was at at this time last week.

Thursday was on an otherwise moribund day for the markets, with the S&P 500 dropping 27 points and the Dow Jones Industrial Average falling by 288. However, Abiomed, which specializes in a line of heart pumps and has its headquarters in Danville, Mass., had a one-two punch of good news for investors. 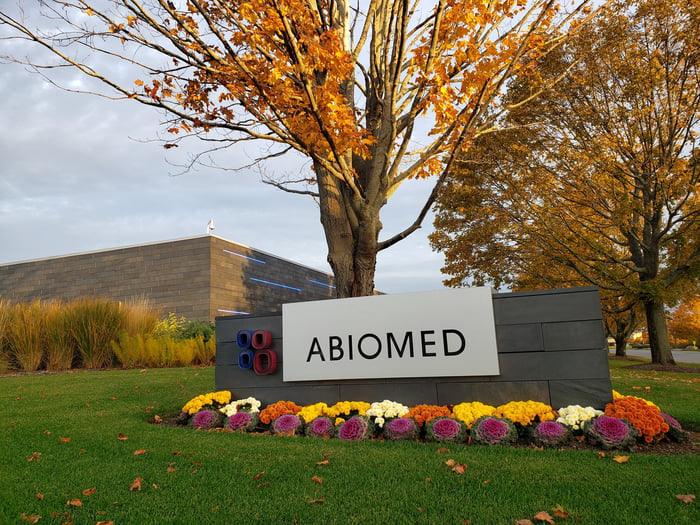 Breethe is an addition that makes sense

On Wednesday, the company announced it was acquiring Breethe, Inc., a start-up medical device company headquartered in Baltimore that has developed a small, portable oxygenation system. That's essentially an oxygen machine for patients with life-threatening conditions who require help with respiration, such as those fighting COVID-19.

It wasn't just a timely purchase, but one that gives Abiomed diversification -- albeit in an area that fits in with its main product, the Impella heart pump, like peanut butter and jelly. It's not unusual for patients in cardiogenic shock (when your body can't pump enough blood to fit its needs) to use a heart pump and an oxygen machine to unload the heart and oxygenate the body.

"As a company, we have long acknowledged the importance of providing [extracorporeal membrane oxygenation (ECMO)] oxygenation to cardiovascular patients who need it," Abiomed said in a release. "Breethe's novel [ECMO] system will complement and expand Abiomed's product portfolio to serve the needs of patients whose lungs can no longer provide sufficient oxygenation. This acquisition provides Abiomed with the opportunity to innovate traditional ECMO technology, focusing on patient ambulation and recovery from acute respiratory failure."

The second part of the punch came with Abiomed's fourth-quarter report Thursday. From the outside, it wasn't necessarily a ray of sunshine. Compared with the same quarter in 2019, revenue was down. It's just that during a time when the pandemic shutdown has hit so many companies hard, the effect on Abiomed wasn't that bad. Quarterly revenue of $206.7 million was a decrease of only 1% from the prior year. Looking beyond that, the end-of-year numbers were actually up.

For the fiscal year, total revenue was $841 million, up 9%, and operating income was $249.2 million, an improvement of 10.9%. Once hospitals begin allowing non-COVID-19 procedures once more, those numbers show Abiomed should rebound well.

Management also did something investors always appreciate: They cut costs dramatically. The CEO and CFO slashed their salaries by 100%, other executives took pay cuts, and workers were furloughed. The company said these moves are intended to last through June, if not longer. The belt-tightening, plus the fact the company has no debt, leaves Abiomed in a good position to ramp up once the pandemic shutdown is over.

"We were transparent with the COVID-19 impact on the business and the proactive actions we are taking as a company to address COVID-19," the company said in a press release. "We have a strong balance sheet that allows us to innovate and invest in technologies to better serve our patients."

In the short term, the number of patients getting Impella pumps dropped 45% from mid-March into April, compared with the same period last year. This reflects the way that even serious operations are being delayed (but not canceled), partly because of public fear about going to a doctor or a hospital right now and partly because hospitals themselves are slowing the number of patients they admit, with even acute symptoms.

Eventually, that will change and business will pick up for Abiomed and other medical device companies. And in some cases, the coronavirus isn't just postponing the things patients need from Abiomed -- it is, unfortunately, adding to what they'll need down the line.

Abiomed isn't a huge company, but it is a healthy one

Abiomed, which has just less than 1,400 employees, appears to be making the tough decisions that will allow it to emerge from the pandemic in a better position. It's not a short-term play, but it's one worth holding once hospitals again face something akin to normal and sales pick up. The company has with more than 200 patents, including the AbioCor, an implantable artificial heart, and the purchase of Breese, Inc., will allow it to use its expertise in a new space.