Please ensure Javascript is enabled for purposes of website accessibility
Log In Help Join The Motley Fool
Free Article Join Over 1 Million Premium Members And Get More In-Depth Stock Guidance and Research
By Jeremy Bowman – May 5, 2020 at 11:26AM

Shares of the decking specialist gained on a better-than-expected earnings report.

Shares of Trex (TREX -3.43%) were moving higher after the maker of decking and railing products posted better-than-expected results in its first-quarter earnings report, topping estimates on both top and bottom lines. 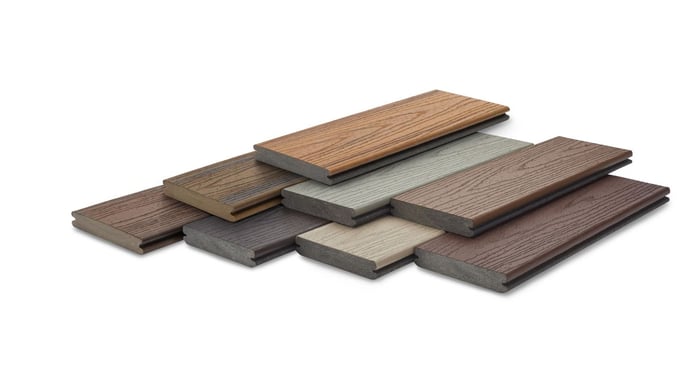 Overall sales in the quarter rose 12% to $200.4 million, ahead of estimates of $197.8 million as the company benefited from margin expansion due to production improvements and expense control. Gross margin in the period jumped 620 basis points to 44.8% as Trex also lapped expenses associated with new product launches. That gross margin improvement flowed through the income statement as EBITDA margin expanded from 23.7% to 29.4%, and earnings per share jumped from $0.54 to $0.73, easily beating estimates at $0.61.

Looking ahead to the second quarter, management expects sales to decline modestly due to headwinds from COVID-19, calling for revenue of $180 million to $190 million, which is down from $206.5 million a year ago. It also withdrew its full-year guidance saying that there was not enough visibility into the second half of the year. Nonetheless, management reassured investors that the company was not experiencing any supply chain issues, and said it has inventories from a diverse range of geographies and vendors, making it resistant to any potential supply chain woes. Fairbanks also said, "Production and sales volumes for April were in-line with our internal plans, but for May we are experiencing lower demand from areas where construction has been deemed non-essential and channel partners are closed." He noted that other purchase indicators were trending favorably.

Trex, which is the leader in composite decking, sees a long-term opportunity in taking market share from wood products. The headwinds from the pandemic won't change that, but a recession and a slowdown in the housing market could dampen the company's near-term prospects.