Please ensure Javascript is enabled for purposes of website accessibility
Log In Help Join The Motley Fool
Free Article Join Over 1 Million Premium Members And Get More In-Depth Stock Guidance and Research
By Anders Bylund – May 6, 2020 at 2:48PM

Analysts saw no obvious way to get Ticketmaster back in action any earlier than July, and possibly far later than that.

Shares of Live Nation Entertainment (LYV 1.04%) fell 1.3% in April 2020, according to data from S&P Global Market Intelligence. That might not sound like much of a drop, but the broader market was busy skyrocketing last month. The Ticketmaster parent-company's investors missed out on a 12.7% wide-market gain as measured by the S&P 500 benchmark.

The bulk of Live Nation's pain was found at the very start of April. Analyst firm Morgan Stanley slashed its price target on Live Nation in half on the morning of April 3. The target cut was based on "near zero" clarity regarding when Live Nation would be able to organize events and sell tickets again. The firm assumed that things could get back to normal by July, but also noted that the entire summer season could be lost in 2020. As a result, Live Nation lost 26% of its value in the span of three days. 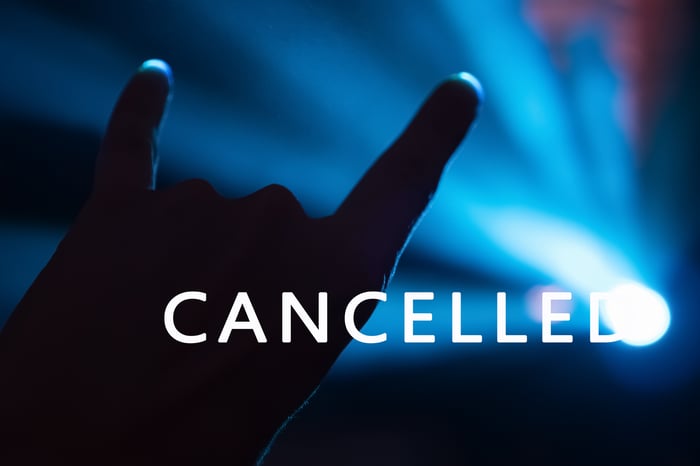 The company's troubles didn't stop there. Ticketmaster and Live Nation also upset many customers when they quietly changed the terms of service for ticketing, making it more difficult to get a refund for concerts and sporting events that were rescheduled to some indefinite time in the far future. But a rising tide lifts all boats, and Live Nation regained most of the ground it had lost in early April as several states planned a cautious return to social gatherings. The stock still traded 26.2% lower in the two-month span of March and April, but it could have been much worse.

And maybe it should have been worse. I'm not convinced that it's a good idea to rush America back to normalcy because that could very well trigger a larger second wave of COVID-19 infections. I hope I'm wrong, but it would be terrible news for Live Nation if I'm right.