Shares of Gap (NYSE:GPS) were moving higher today after the apparel retailer said yesterday it would reopen approximately 800 stores. The news comes as retailers have begun to announce reopenings and states around the country are reopening their economies. Today's gains also come as the broad market rallied amid better-than-expected earnings reports and on beliefs that the worst of the COVID-19 pandemic has passed. 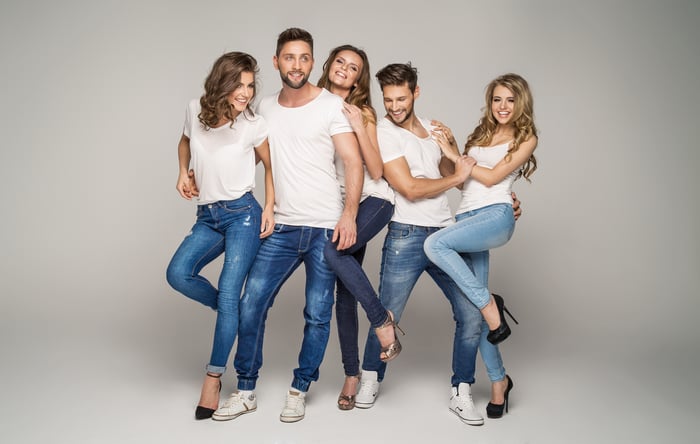 Gap said yesterday that it would reopen as many as 800 stores by the end of the month, starting with a small group of locations in Texas this weekend. The retailer also said it had enabled ship-from-store capabilities at 1,000 stores and curbside pickup at 75 more and was expanding both programs over the coming months.

Management outlined a number of new procedures it's taking on in order to keep stores safe, including giving masks to staff and encouraging customers to wear them, quarantining returned merchandise for 40 days, and installing plexiglass guards at registers.

But retail hasn't bounced back by a long shot. High-end department store chain Neiman Marcus filed for bankruptcy, which follows J. Crew's bankruptcy filing earlier this week. Though both retailers were in trouble before the pandemic hit, their bankruptcies are a reminder of the challenges apparel retailers face as they try to rebound from shutdowns.

Also today, Gap closed on a $2.25 billion debt raise and a $1.9 billion asset-based loan credit facility, the company's latest steps for shoring up its balance sheet.

With many of its stores located in malls, Gap will need a while to return to full health, but reopening stores is the first step. Investors will want to keep an eye on foot traffic and other commentary about Gap and its retail peers as they reopen locations this month.