Please ensure Javascript is enabled for purposes of website accessibility
Log In Help Join The Motley Fool
Free Article Join Over 1 Million Premium Members And Get More In-Depth Stock Guidance and Research
By John Rosevear – May 7, 2020 at 2:29PM

Shares of Urban Outfitters (URBN 1.20%) were rising on Thursday on growing investor optimism about the recovery of brick-and-mortar retailers as U.S. states continued to lift restrictions on travel.

Urban Outfitters' shares didn't appear to be moving on any news or issues specific to the company. Instead, they were rising along with other brick-and-mortar retail stocks as investors appeared to be growing more optimistic about retailers' post-coronavirus prospects. 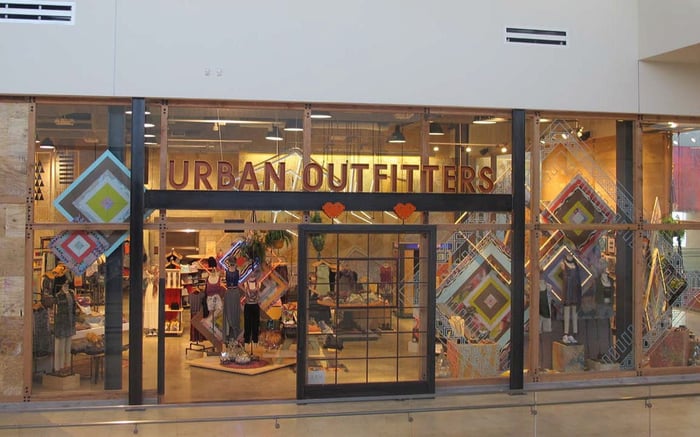 When will it reopen? Investors hope the answer is "soon." Image source: Urban Outfitters.

One possible driver: Kohl's (KSS 0.22%) said on Thursday that it has reopened its stores in four U.S. states, and that it plans to reopen in another 10 states next week. As of the end of next week, it said, a quarter of its approximately 1,200 stores will be open.

Kohl's said that its reopened stores will have limited hours and new rules intended to protect customers and employees from the virus.

Other big names have begun reopening their locations in U.S. states that have lifted restrictions on movement, including:

When will Urban Outfitters begin reopening stores? The company has yet to say, but investors can expect a full update in two weeks. Urban Outfitters will report its fiscal first-quarter earnings after the market closes on May 19.