Please ensure Javascript is enabled for purposes of website accessibility
Log In Help Join The Motley Fool
Free Article Join Over 1 Million Premium Members And Get More In-Depth Stock Guidance and Research
By Tyler Crowe - May 8, 2020 at 12:58PM

Higher prices for Peabody's metallurgical coal are giving Wall Street hope that the company can turn to profitability.

Shares of coal giant Peabody Energy (BTU 1.74%) are up 21.6% as of 11:45 a.m. EDT today. The surge in the company's stock comes as the reported price for seaborne metallurgical coal -- also known as coking coal -- was on the rise this week.

According to a report from Metal Bulletin, the price of free-on-board hard coking coal delivered to China increased $2.80 per metric ton to $110.43 per metric ton during the week. This is critically important for Peabody because its metallurgical coal business is one of the company's long-term value propositions. While thermal coal used in power plants is losing market share to natural gas and renewables, there are few alternatives to metallurgical coal for transforming iron ore into steel. 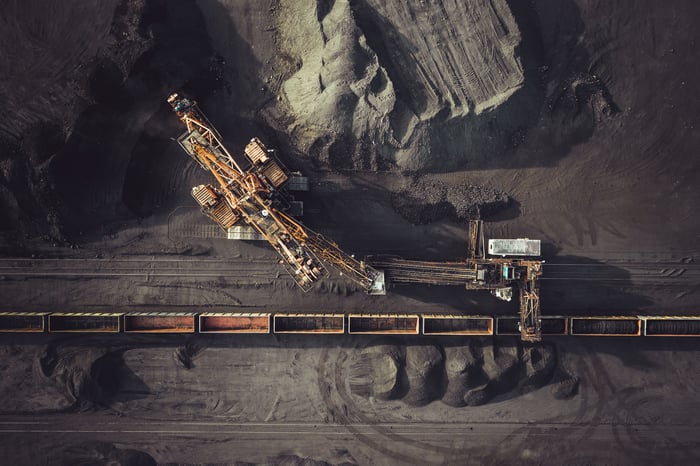 Seaborne metallurgical coal shipments were drastically impacted in the most recent quarter, where Peabody reported its free-on-board seaborne coking coal realized prices were around $95 per ton compared to $111-per-ton costs for that particular segment. Coking coal prices were incredibly low this past quarter, as much of China's steelmaking capacity was shut in.

Coal has been an incredibly tough business to be in over the past few years. Despite efforts to control costs, it continues to lose market share to natural gas and renewables in the U.S. Even if metallurgical coal was to get back to profitable prices, the bulk of Peabody's operations are in North American coal. It has already announced several rounds of layoffs at a few of its Powder River Basin properties in Wyoming this year. Peabody has already gone through Chapter 11 bankruptcy in the past few years, and yet the company's financials continue to deteriorate. It will take a monumental change in the way we generate power for Peabody to stage a significant turnaround. Until we see any signs of that happening, Peabody's stock is best avoided.